Our flight from Frankfurt to Munich was quite amazing. Kudos to Lufthansa for an amazing job. No, it wasn’t because it was only a 30 minutes flight. I was amazed that they offered a Swiss chocolate snack and a full beverage service for such a short flight.

As we were preparing for takeoff, the attendant offered us a snack, we also were given complimentary drinks… it included wine. Stephen had a glass of white wine, while I had a Coke Light, which is how they call a Diet Coke. Why can’t US domestic flights offer such service?

We made it to Munich on time, and we didn’t have to worry about passport control because it was taken care of in Frankfurt. Our flight seemed to be a commuter flight, where most people had carry on or briefcases. So, when we went to the luggage claim, our orange suitcase was circling by itself, probably one of a few checked in baggage.

It took longer to locate and finalize our car rental from Avis. We were 3rd in line and it took about a half hour to wait for a free attendant. We rented an automatic transmission car equivalent to a Mercedes A-class, and ended up with the French Citron, which Stephen laughed and said “we got a lemon”.  . 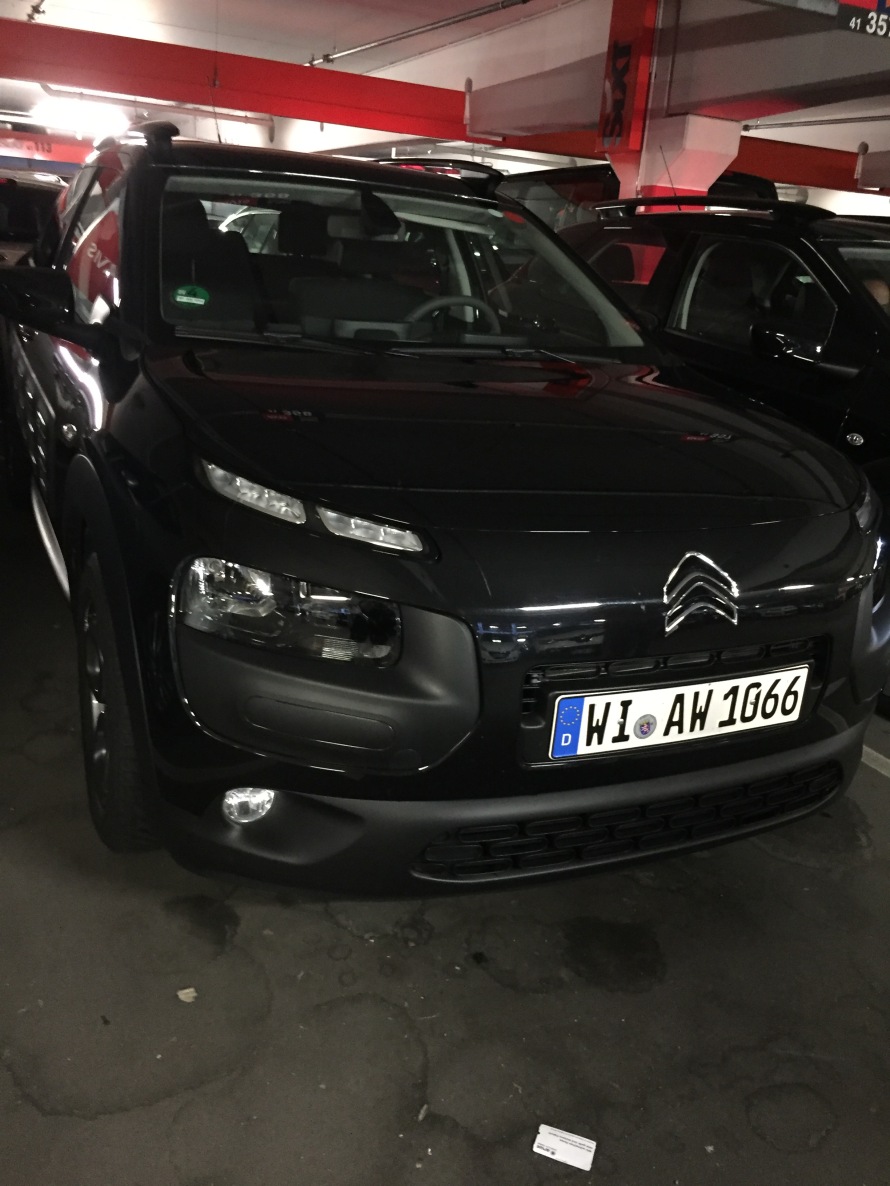 Their customer service kiosk was terrible, and even though they had a long line, the workers didn’t seem to care or apologize. After we finalized our paperwork, the Avis employee, pointed in some general direction where to go, and told me where to find the “lemon”.

Fortunately I paid extra to have a GPS guaranteed in the car. The Citron didn’t come standard with the GPS, so the agent gave us a portable Tom-Tom GPS, which I had to mount on the windshield.  After fiddling around with the car, dashboard and GPS, we made it out of the airport.

According to the GPS, the hotel was about a half hour away, but thanks to traffic, road construction, police roadblocks and just plain old confusion in an unfamiliar city, our drive took about an hour. We circled the hotel area five times before we realized that the reception had to direct us to a secured parking garage. We were assigned room 117, which was fairly small, but it did come with a complimentary mini bar, stocked with still and sparkling waters, sodas, and beer. 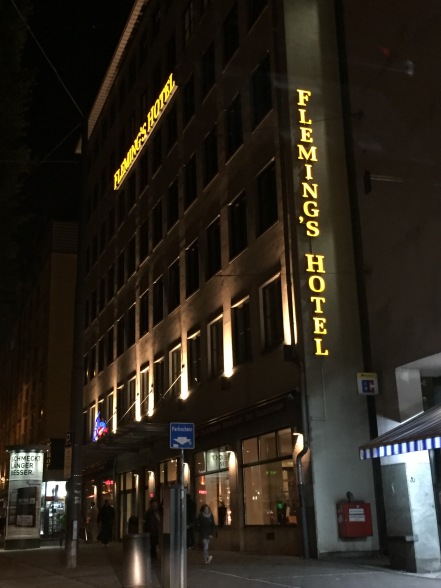 We stayed at the Flemings in Frankfurt, so we knew about the glass shower in the middle of the room.  Unlike Frankfurt, this location wasn’t as luxurious, but overall a good room, comes with free breakfast and free high speed wifi… and their free signature apple plate. 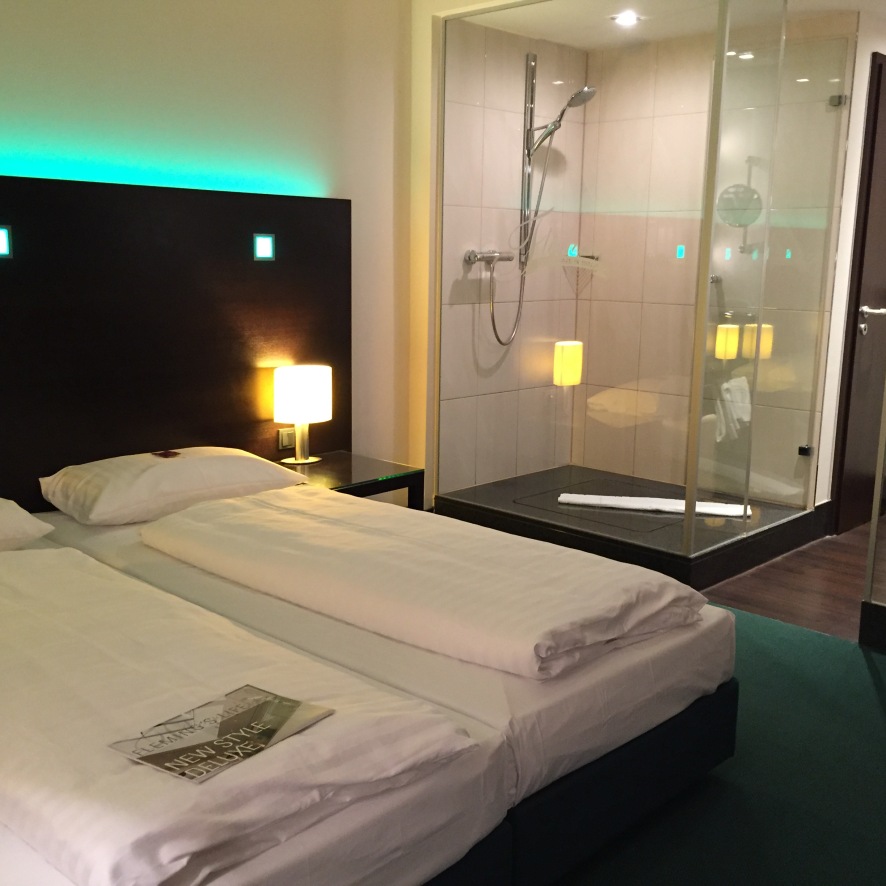 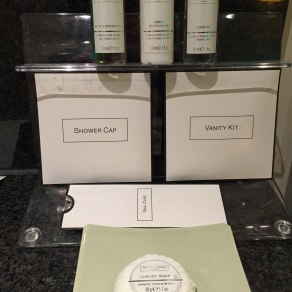 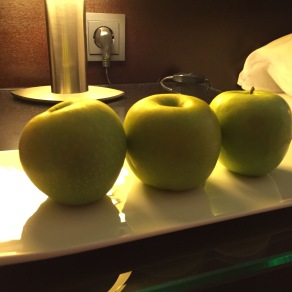