In November of 2005, my ex-husband and I were walking with friends at a mall, and decided to pop into a pet store.  I joked to the pet store owner if he would accept a low ball amount for the dog (since she was pretty old for a […] 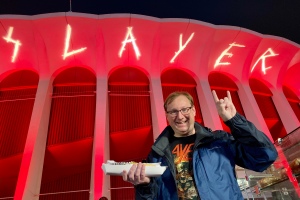 I had friends visiting from out of town, so I got to play tourist in my own backyard. Born and raised in Southern California, I’ve always wanted to see what these cheesy Hollywood bus tours were all about. Thanks to a deal on Groupon, I was about to […] 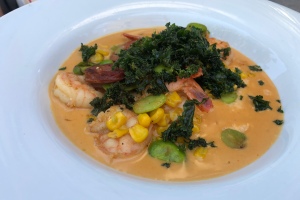 I have been going to Disneyland for almost 5 decades, and even worked there while going to college.  In all those years, I have never dined at the Cafe Orleans, until now.  I wanted to try somewhere new for lunch, and on a whim made reservations.  The menu […] 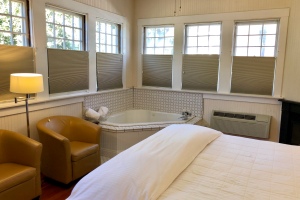 Napa, Ca: the Inn On First

Six years ago, I took Stephen here for his birthday.  Innkeeper Jim welcomed us back like we were long time friends coming over for dinner. Here’s somethings we love about this Bed & Breakfast: TOP 25: This Registry Bed and Breakfast was ranked top 25 by BedandBreakfast.com. KEY […]

We were in Marina Del Rey for a wedding, and spent the night at the Marriott.  I yelped a breakfast place, and the Nighthawk Breakfast Bar was a 15 minute walking distance from the hotel. The outside was just a plain looking storefront with a neon sign that […]

Veteran food truck, Soho Taco (@SohoTaco) remodeled their Santa Ana office to house a showroom dedicated for clients, and I was honored to be invited to their kickoff gala. The decor is warm and inviting, and plenty of seating from traditional tables and chairs, to the comfy sofa […] 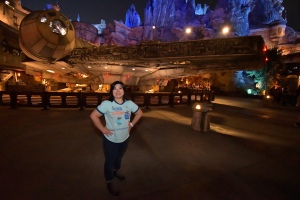 Shellie, Karen and I went back to Galaxy’s Edge a few days later, but this time at night. Our appointment time was from 8:00 to midnight, and it was Karen’s first time.   We were instructed to enter though Critter Country. They let us in promptly at 8:00, […]

Galaxy’s Edge: Blue and Green Milk, and other food and drinks

We started off the day with breakfast at Ronto Roasters, had drinks and snacks at Oga’s Cantina, and ended our visit with a shared meal from Docking Bay 7. On our way to Docking Bay 7, we mobile ordered the Blue and Green Milk. The drinks are not […]

There will be 2 attractions, or rides at the Galaxy’s Edge, but currently the Smuggler’s Run is the only one that’s active.  The wait time for those who have reservations was only 20 minutes, and it was practically “walk on” to the ride. The premise of the ride […]

Oga’s Cantina is a tiny bar in the middle of Galaxy’s Edge. As soon as you enter the land, head towards the right and put your name down for a reservation. They’ll ask for your cellphone number and will text you when your table is ready. We walked […] 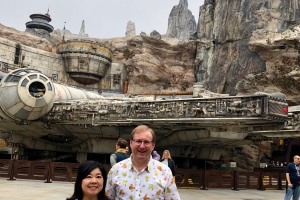 Disneyland opened a new land called Star Wars: Galaxy’s Edge.  The land is adjacent to Fantasyland, and pops out next to the Hungry Bear restaurant in Critter Country.  Reservations are required from May 30 until June 23rd, which sold out on the day they were released. The other […] 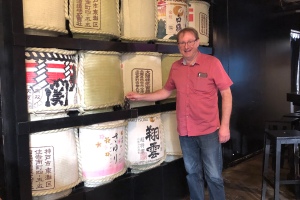 There’s a food hall in Anaheim called the Anaheim Packing District.  The hall used to be the packing center for citrus in 1919.  Now, its a culinary collection of 50 food and beverage kiosks, and hidden on the first level is this Speakeasy called the Blind Rabbit. Find […]

Pappy & Harriet’s Pioneertown Palace is located near Joshua Tree National Park and is the only bar / restaurant and music venue in Pioneertown, California.  We had dinner reservations at 7:00 on the Sunday before Memorial Day… and good thing we did! Without a reservations, the wait time […]

I came across Pioneertown on a Travel Channel video.  Pioneertown was founded in 1946 by a group of Hollywood investors, including actors Roy Rogers and Gene Autry, who created this place as a movie set.  It is located a little less than an hour from Palm Springs, heading […]

I stumbled across this circus of cats on Facebook.  My pet-sitter tagged this event, and they still had tickets for the North Hollywood show on Easter Sunday.  I was able to get 3rd row seats at a bargain price of $37 a piece (plus any theater refurbishment fees, […]

Last season, the Anaheim Ducks gave season ticket holders a chance to paint the ice at the Honda Center.  This year they gave us the same opportunity.  Unfortunately not all the season seat holders could do this, so they provided a sign up list, based on first come, […]