Raising Cane’s Chicken Fingers is a fast-food restaurant chain founded in Baton Rouge, Louisiana by Todd Graves and Craig Silvey on August 26, 1996. It offers chicken fingers as its  main menu item, with one token chicken sandwich. Fans living in Southern California had to drive to Las Vegas, as that was the closest location to get their fix.

On October 29, 2015, they opened up their first California store in Costa Mesa, California. It is located off the 405 freeway and Harbor Boulevard, ironically across the street from a Chick-fil-A. The new location was greatly anticipated and the line of people proved that the fans were happy they didn’t have to travel far for this chicken anymore.

I came on their second night, which was on Friday at 6:00 PM and found the line to get into the driveway was down Harbor Boulevard. I noticed that most of the patrons were in line for the drive-through, so I decided to park my car and eat inside.

The line was pretty long, and it did reach the front door, but not past that. It took about 10-15 minutes in line to place my order. It took another 5 to 10 minutes to wait for the order. Since the menu consists of chicken strips, fries, and slaw, there’s not a whole lot of waiting for your food.

Karen and I both wanted the three piece meal. We assumed it was cheaper to get the Caniac combo, which was a six piece meal with fries, coleslaw, Texas toast, 2 Canes sauces, and a large drink for $10.99, and added another soft drink.

It ended up being around the same price, if we had each purchased 2- three piece meals.  The only thing we would not get was the coleslaw, but we would each get a Texas toast and get more fries, which the six piece already gave a generous serving of. After we were done eating, we were happy to have shared the large combo. 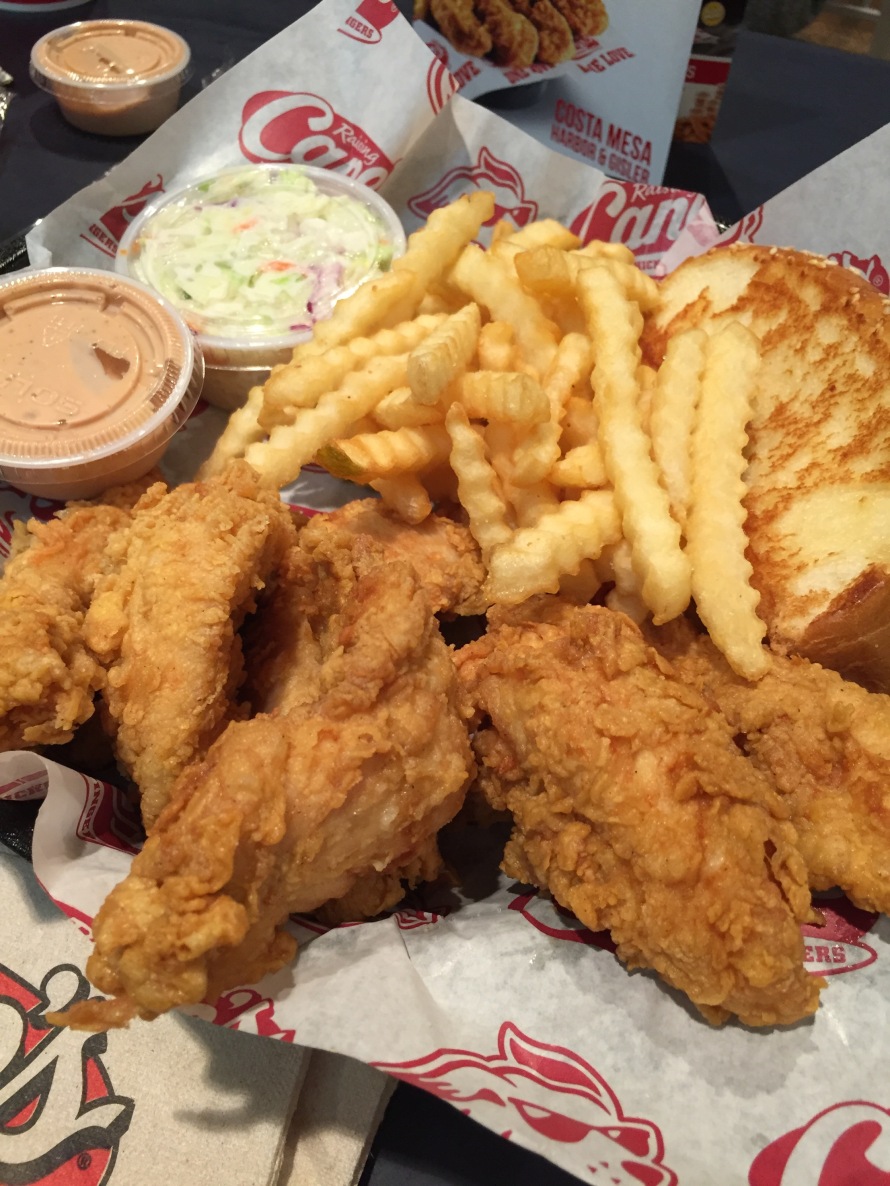 The chicken was very moist and tender, but not seasoned. I wish they did offer more sauces, but apparently the Canes sauce is supposed to be perfectly paired with the chicken.  Everyone raved about the sweet tea, and it lived up to its hype. I don’t like overly sweet drinks, so I mixed the sweet and unsweetened tea, and it was great.

As we left, the line was still out the door. The drive-through line was even further down Harbor Boulevard. Luckily the place is open quite late every day, so you don’t have to eat early. I also found out that in February, a store will be opening up in the city of Orange and later, Aliso Viejo and Downey. 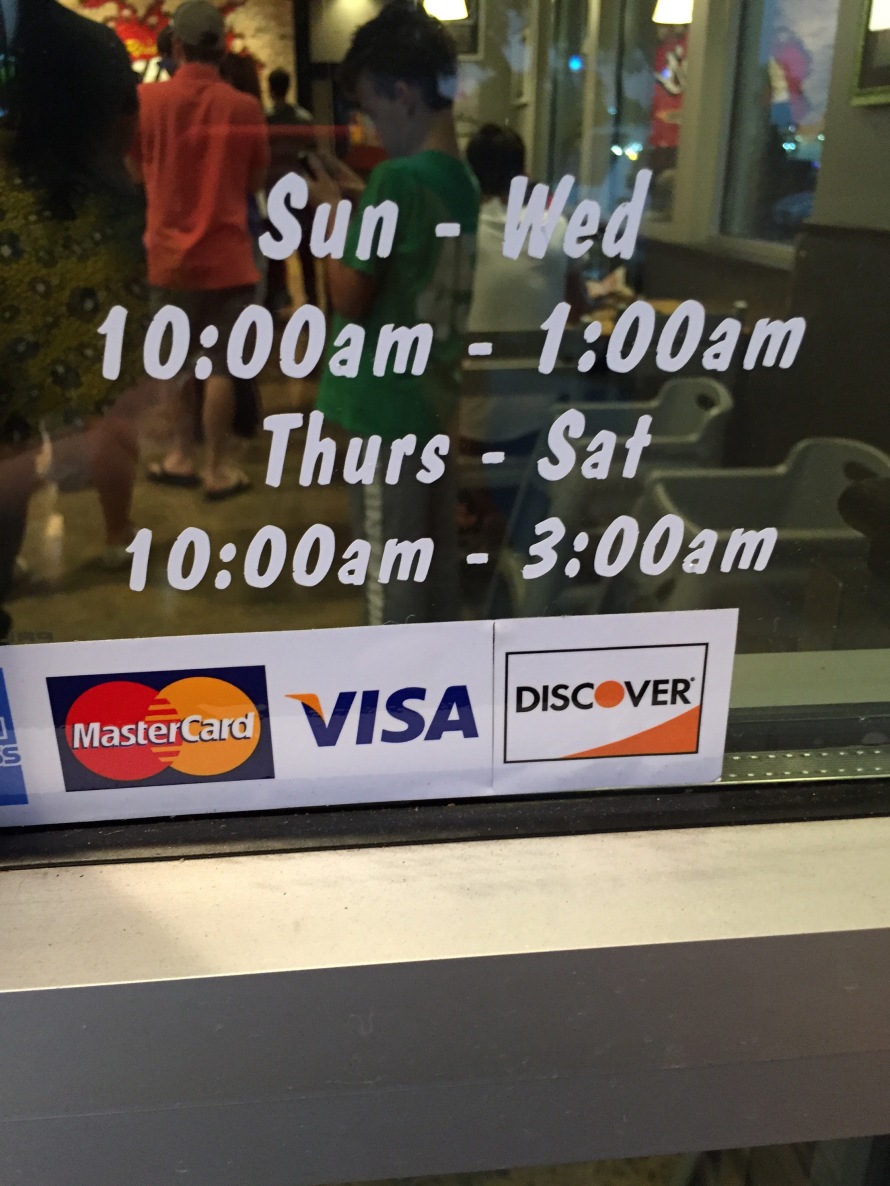