Our first official day in New York!  I’ve always wanted to see the Rockettes at the Radio City Music Hall, and I found a great deal on TravelZoo. We started our day with breakfast at Comfort Diner, a vintage coffee shop located a few blocks from our hotel, before heading to the show.

After breakfast we headed toward Radio City Hall, with a very scenic walk.


We finally made it! It’s touristy and pricy, but it’s something that should be on someone’s bucket list.

Our seats were in the center orchestra, but a bit far in row “L”.
The show is a 90 minute program, no intermission. Santa starts off the program with a 3D show, and the famous Rockettes dazzle the audience with their synchronized routines.

After the show, we went down the street to the Rockefeller Center, with the iconic ice rink and Christmas tree.

By this time, we were searching for lunch and decided on pizza. Angelo’s was rated pretty well on Yelp, and it was about an 8 minute walk, located next to David Letterman’s studio.  Literally, next door! 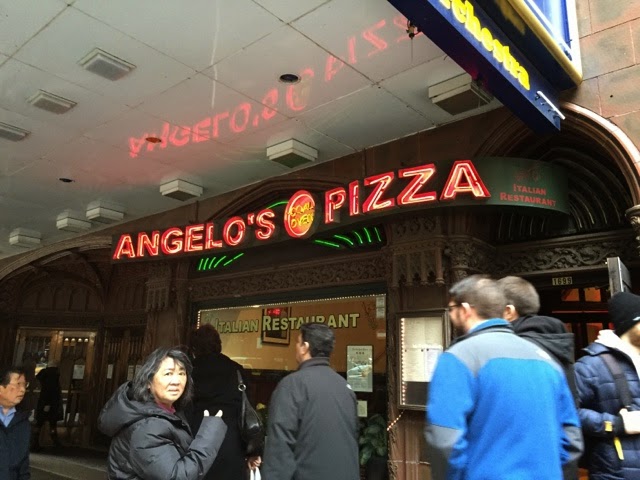 After fully rested, and tummies filled with delicious pizza, we made our way to another New York iconic spot: Times Square! 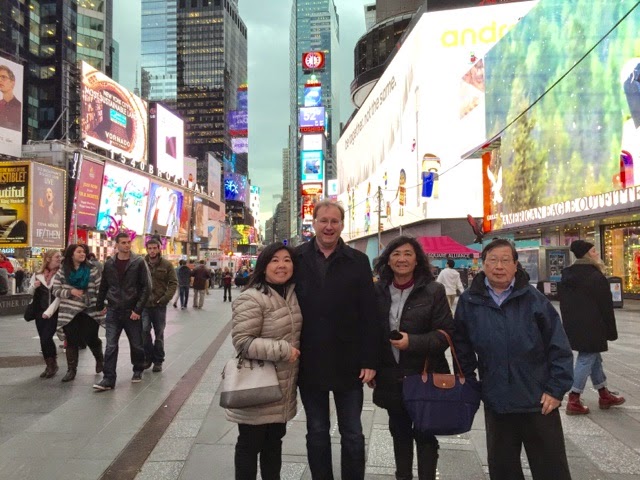 After this, we slowly started back to the hotel. We discovered Bryant Park, which had a bunch of small shops just for the holidays.  The shops were temporary and sold things from hot cider, drinks, snacks, to arts and craft items, even soap! 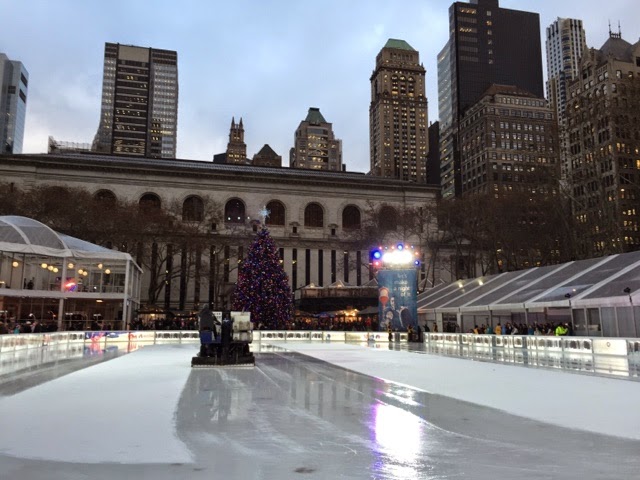 We kept making detours and ended up at Lord and Taylor and looked at their magnificent holiday window. It had a very Harry Potteresque look with animation. 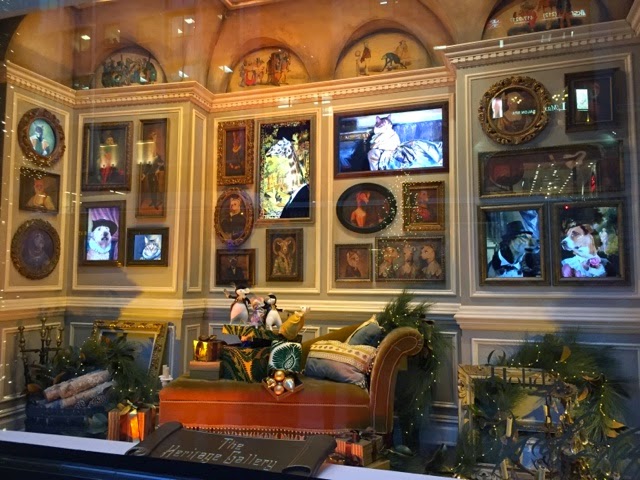 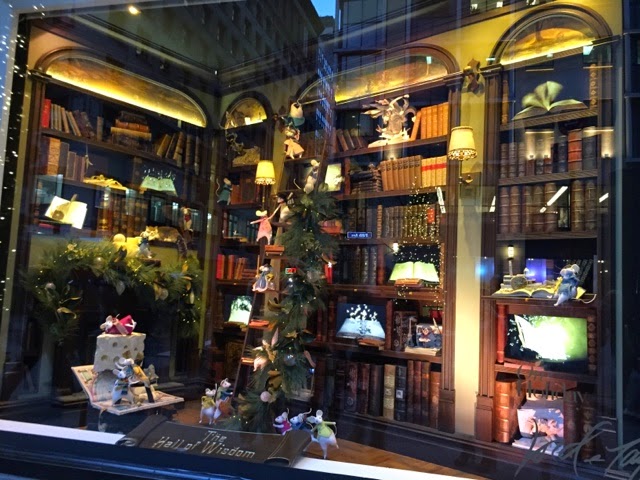 Finally, while walking to Macy’s we spied the Empire State Building.
And then we finally made it to Macy’s, which was a zoo! I’m not a fan of crowds, so we didn’t look at their window dressings, as it was 4 rows deep. We did attempt to go to the Santaland, located on the 8th floor, but the wait was over an hour, and we passed on that as well.  We ended up stopping on the 6th floor at their McDonalds for a cold drink.  While Stephen was impressed it was the largest Macy’s in the world (8 floors plus a basement), I do not like feeling like a herd of cattle, especially inside a stuffy department store. 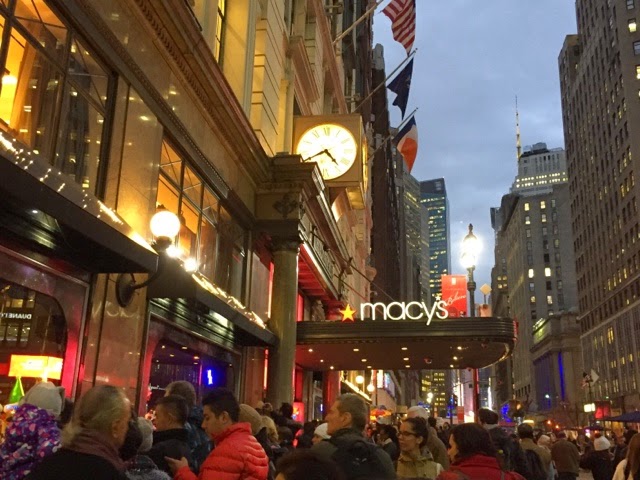 After a long day of playing tourist, we went back to the hotel before heading out to dinner. We used Über car service to take us to the restaurant, Joe’s Shanghai, who is known for the “best” soup dumplings in NYC.

The original location is in Flushing, and another in Chinatown. This location is in midtown at:
Joe’s Shanghai
24 W 56th St
Midtown West
New York, NY 10019
The soup dumplings are also known as Xiaolongbao, or XLB. These dumplings are filled with pork, steamed, creating a soup inside. The ones at Joe’s was good, but the ones at Din Tai Fung (located in SoCal and Washington) are better, as the wrappers aren’t as thick and still are soupy.
Here’s our menu: