If the Ducks are on the road during my birthday, chances are I’ll be at the game.  Last year we were in Vancouver, and this year its Long Island, NY and Newark, NJ.  At first I was going to stay in Manhattan, because there’s more to do there, but changed our home base to Newark for 2 reason: 1) the last game will be attending is located in Newark, and 2) its cheaper to stay in New Jersey.

Newark definitely is the stepchild of New York.  From the time we landed, we got hassled at the airport with scammers and even a taxi driver who was extremely upset at the fare we paid, and we have no clue why.

Yes, there’s nothing to do in Newark, especially if you don’t have a car, but that’s the best thing about New York.. you don’t need a car!  Our hotel was located right next to the Prudential Center, and a 10-15 minute walk to the Penn Station.  From Penn Station, we could take it directly into Manhattan using the P.A.T.H. for $2.75 or the NJ Transit for $5.00, which drops us off at Penn Station/ MSG.

We stayed at the Hotel Indigo, which was recently opened in December.  The hotel is very charming, but functionally it has a lot of problems.

We didn’t do much on our first night.  We ate at Dinosaur’s BBQ, located 2 minutes from our hotel, and watched the Ducks/ Bruins game at the restaurant.  It started to rain, so at 10:00 pm, the group called it a night.  After dinner, Stephen and I went to the rooftop of the hotel, and we could see Manhattan in the distance. 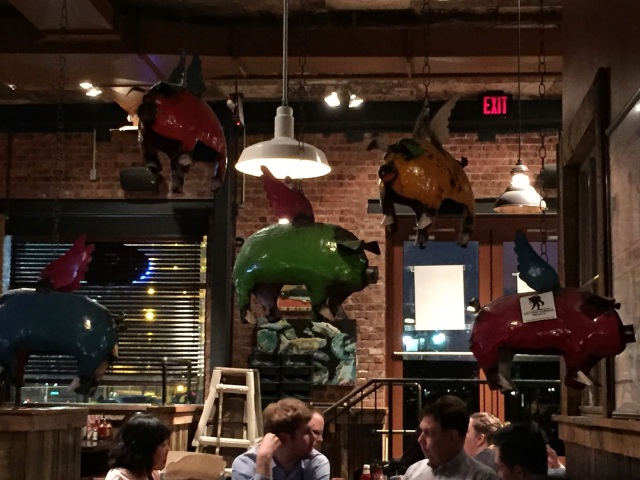 By the time we called it a night, it was midnight.. HAPPY BIRTHDAY TO ME! 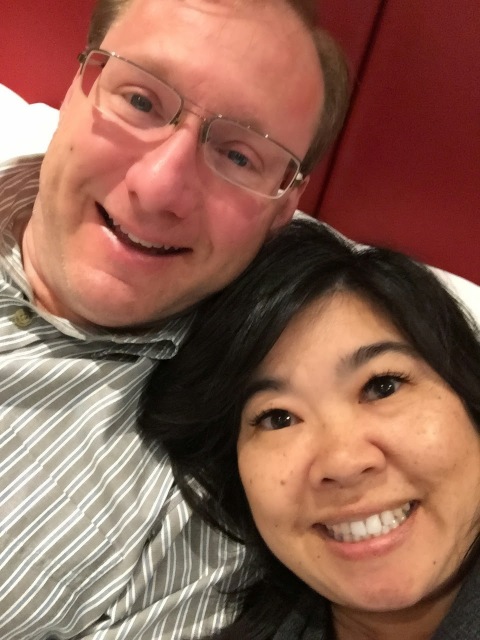