Walking almost 10 miles can really work up an appetite. The dinner was not as hearty as I would have liked, but it served its purpose. Today would have been a great day for pizza. 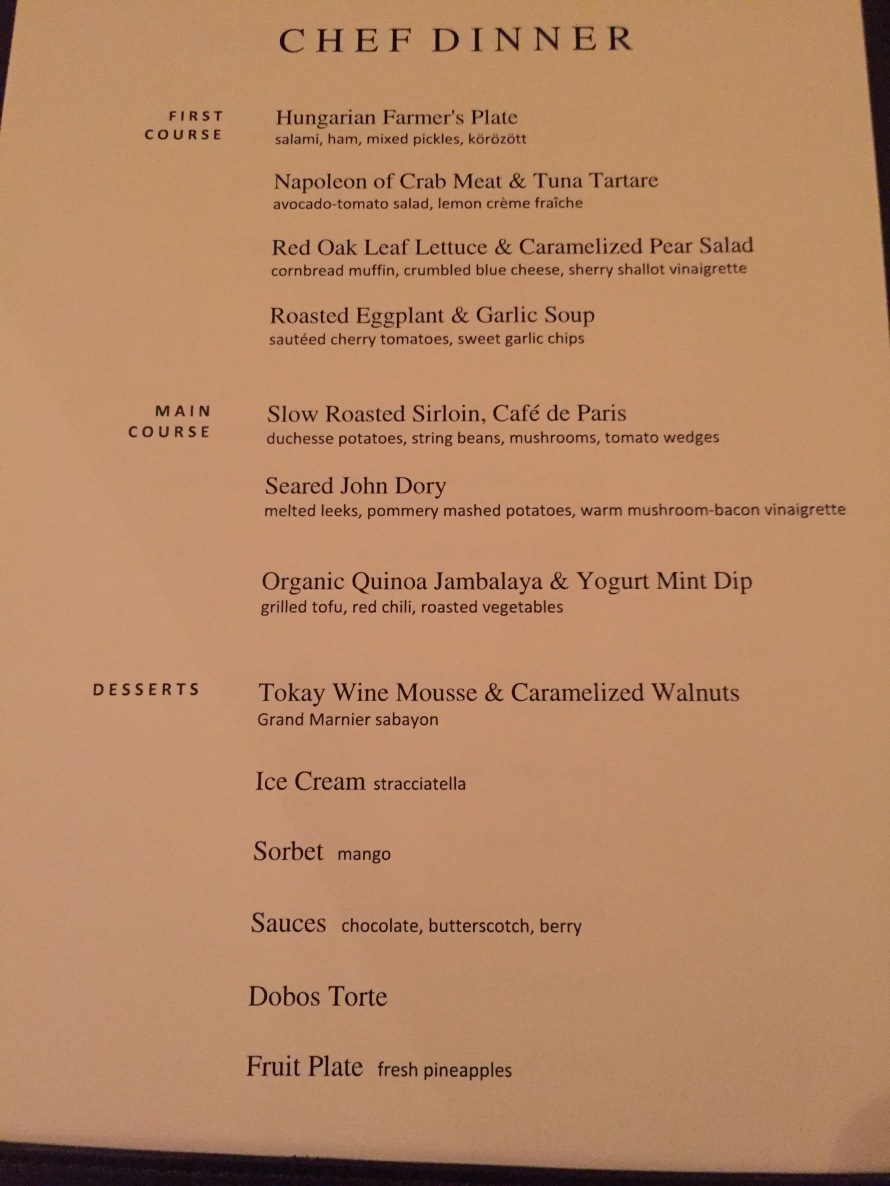 The amuse bouche was a chicken wing with a spicy curry powered of some sort. I wasn’t thrilled dealing with chicken bones, especially in front of strangers. I nibbled on it and realized that it was spicier than I thought.  Good thing I didn’t really eat the whole thing.  For my starter I decided on the eggplant and garlic soup, which doesn’t photograph well. It was thick and creamy and yes, garlicky. Bad choice for me. 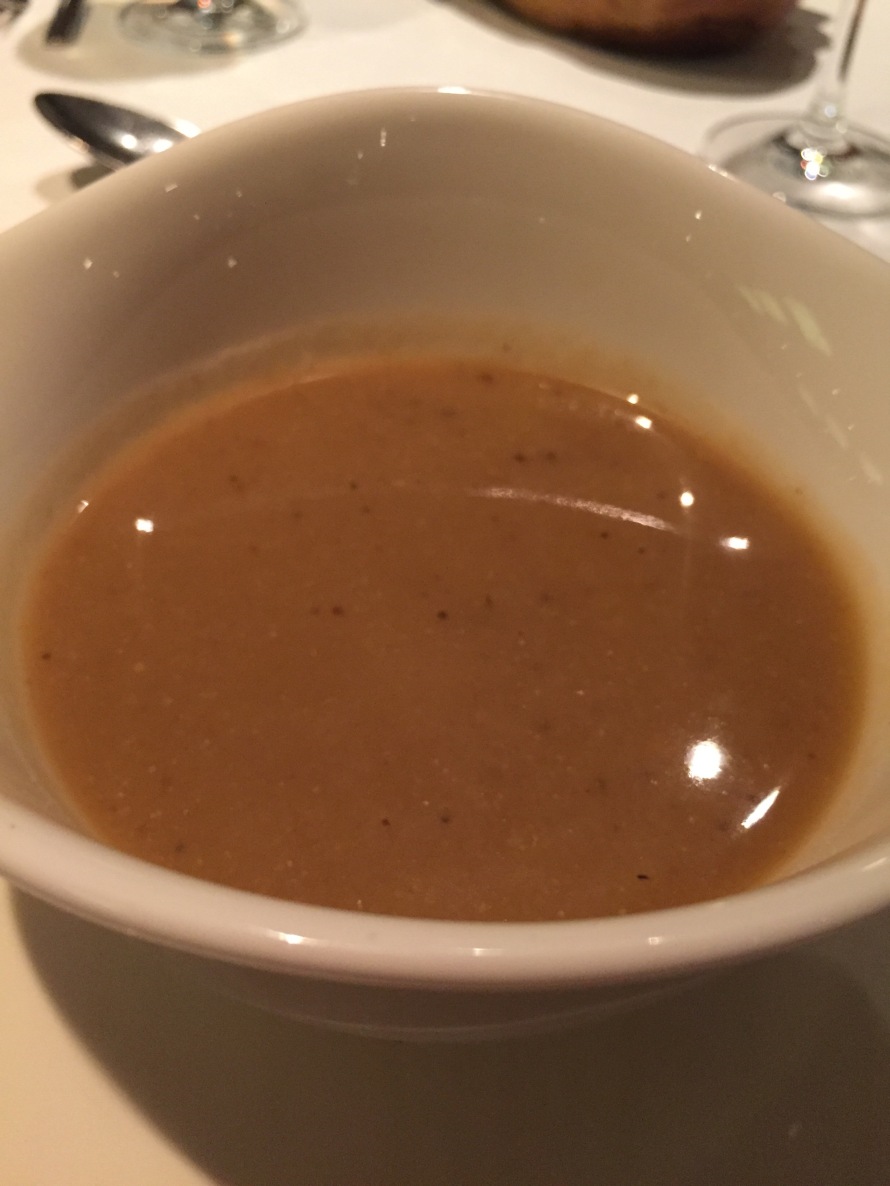 The entree I selected was the sirloin. I loved that the meat was rare but others from my table were not pleased. What I was not pleased with was it was a few ounces of food, and I was still hangry (that’s hungry + angry = hangry). 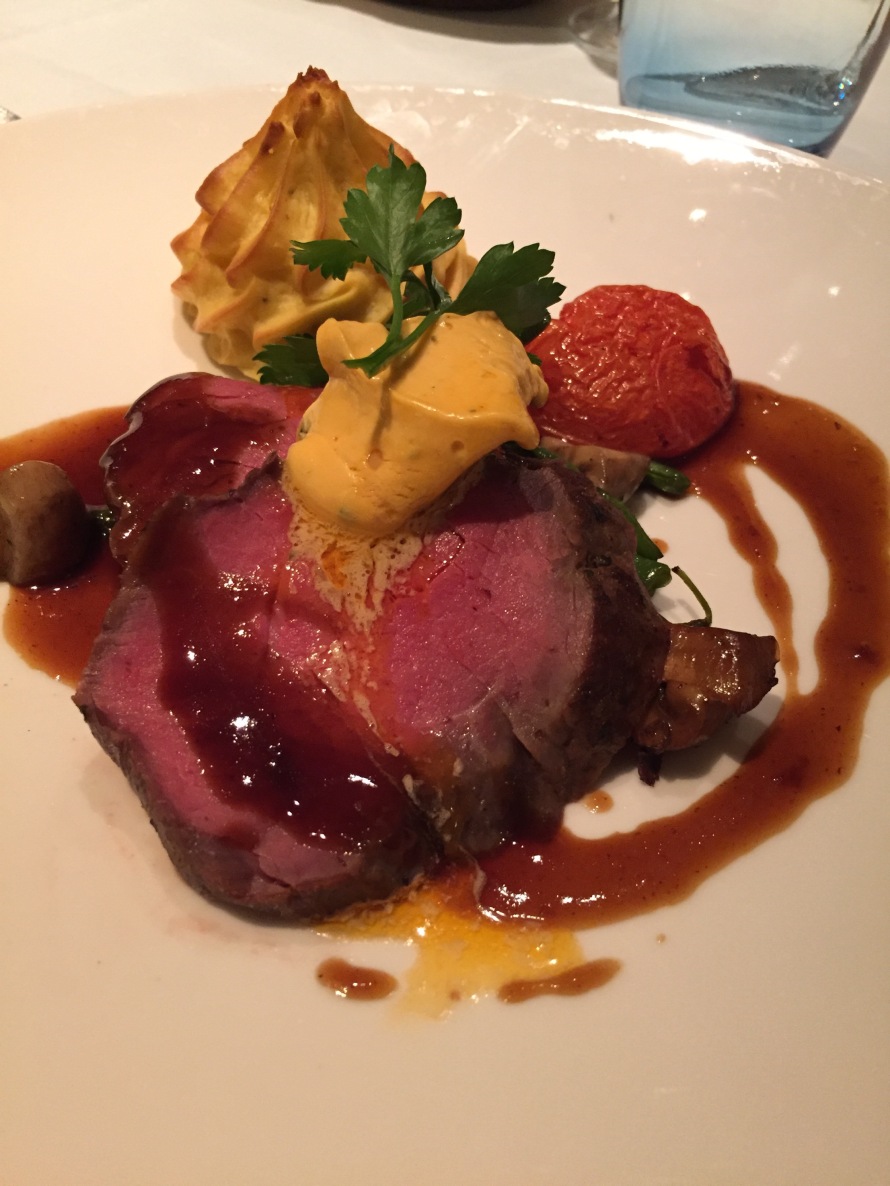 For dessert Stephen and I ordered each one.  The mousse contained a lot of Grand Marnier, which I didn’t care for. The Dobos torte looked incredible with the crystallized sugar dangling over the torte, but it was a bit dry.  I let Stephen enjoy both desserts. Even though I worked up quite an appetite, I didn’t get to enjoy the food as much as other nights.  Such a pity. 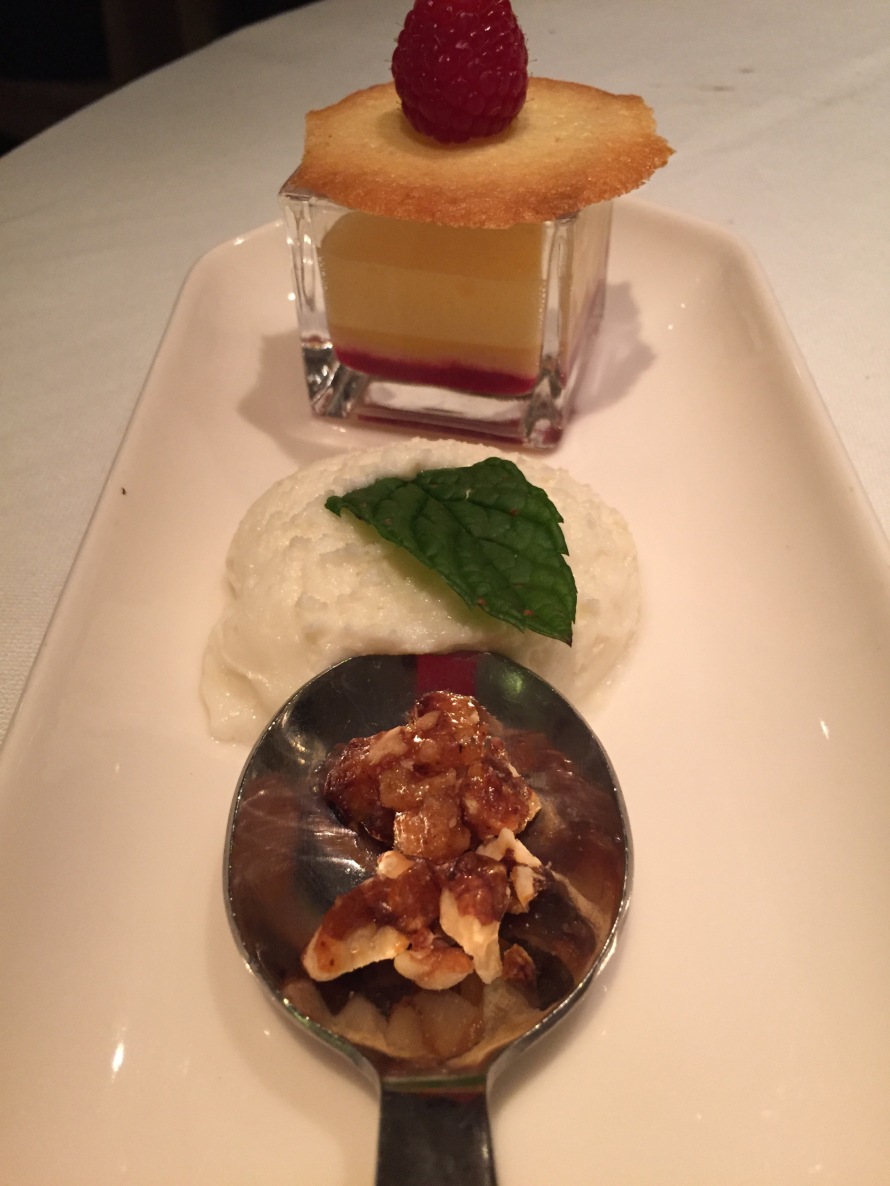 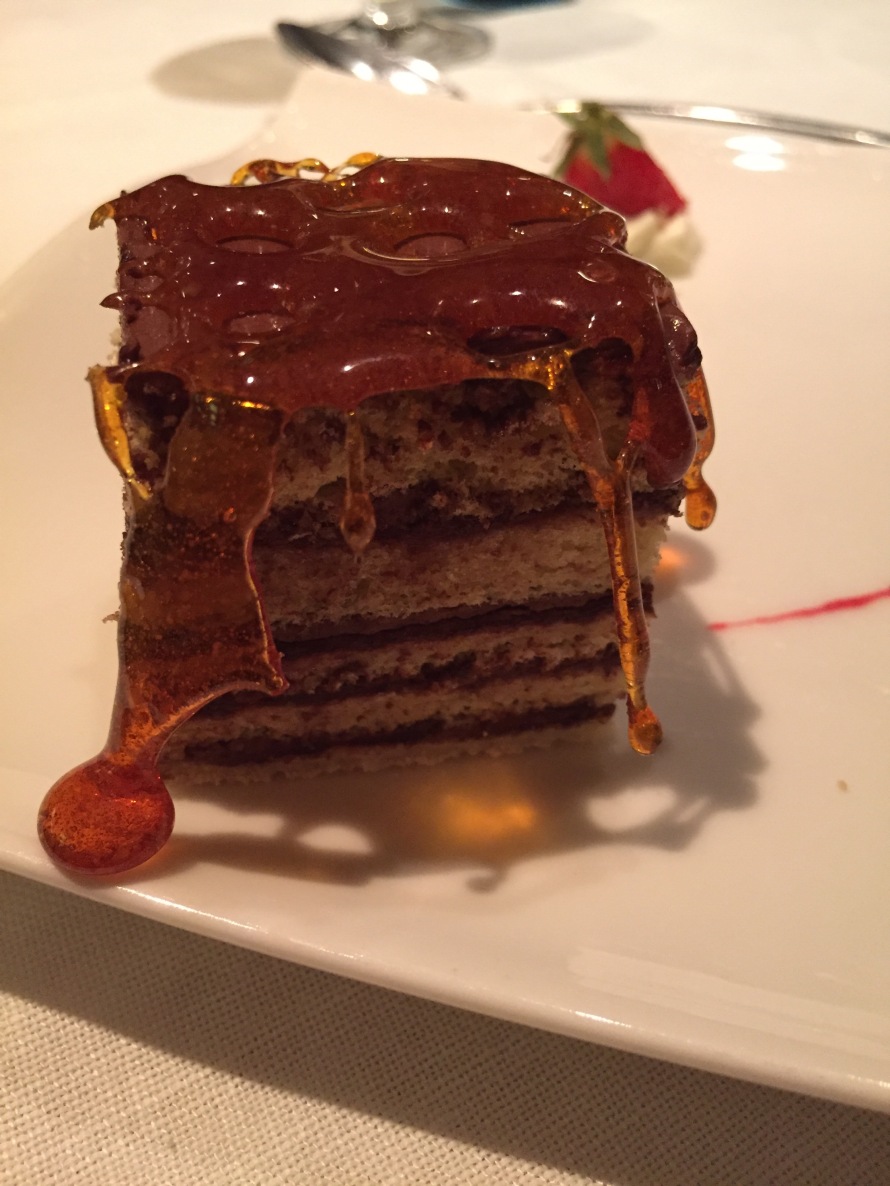