Last season the Anaheim Ducks announced they will be relocating their minor league affiliate from Norfolk, VA to San Diego, CA and calling the team the San Diego Gulls.  Having a professional hockey team in San Diego is nothing new.

The team was playing on Halloween night, so Stephen, Karen, and I drove down from Orange County to support the baby Ducks. We arrived at 4 o’clock for a 5:30 PM game, and the parking lot was still quite empty. Parking was $15, cash only, and we parked on the southside.

The doors open about 45 minutes beforehand, and there is not a lot to do inside but walk around, take pictures with their Gulls Girls, and check out the team merchandise area. 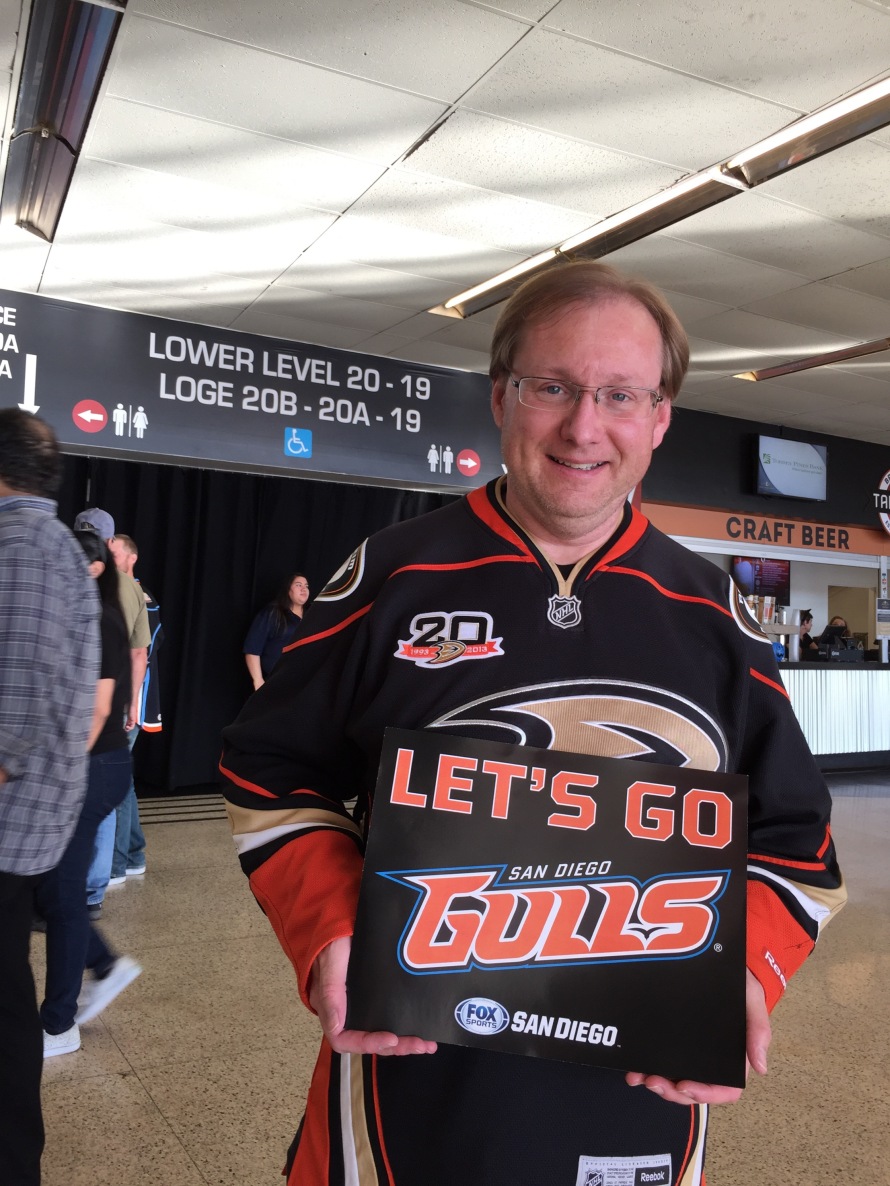 The arena is old, and not very big. They have a variety of food, such as French poutine, a Seafood/lobster stand, Pizza, and of course beer, lots of beer stands. Prices for the food are pretty much the same as any other sporting event venue, expensive. Fortunately, if you arrive to the game early, just steps outside are literally 6+ restaurants in a two minute walking distance. I did buy a large soda for five dollars, and Karen got a bag of mini donuts, a dozen for five dollars. 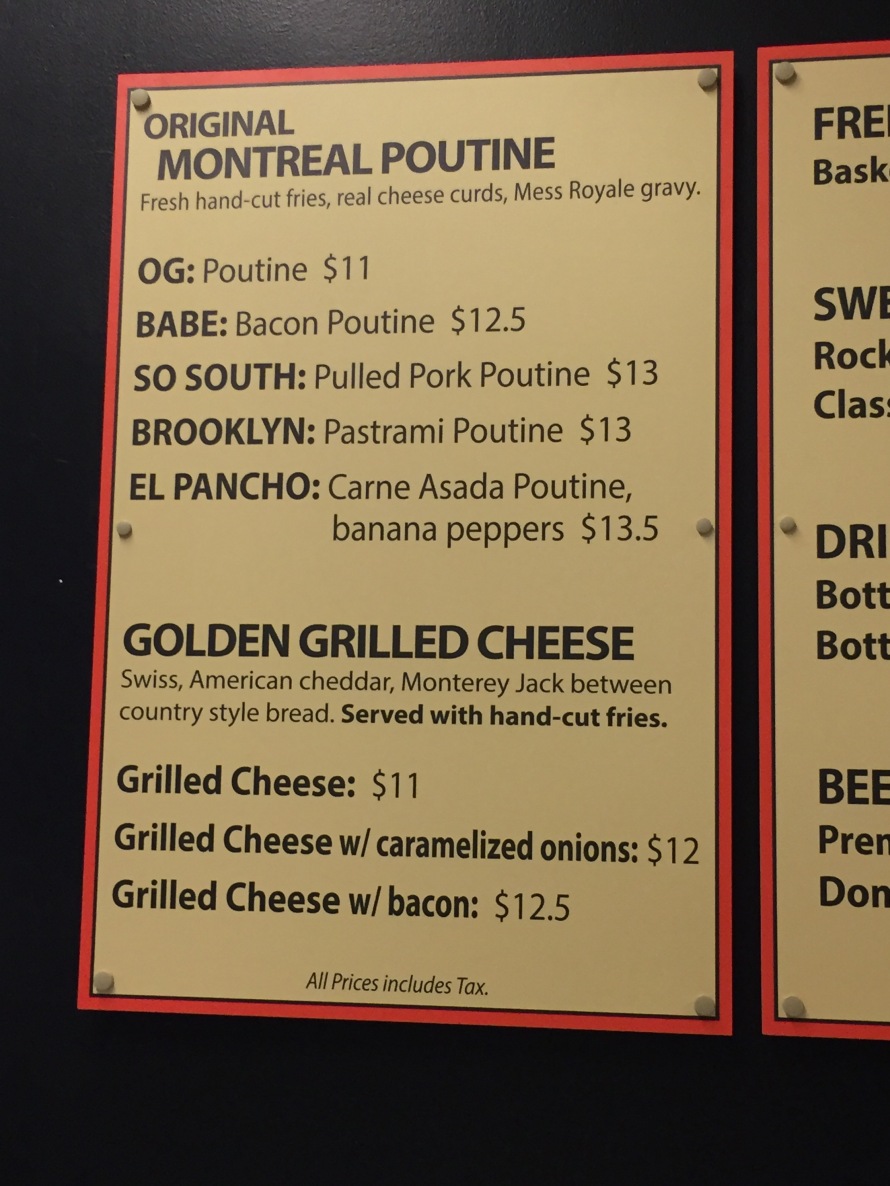 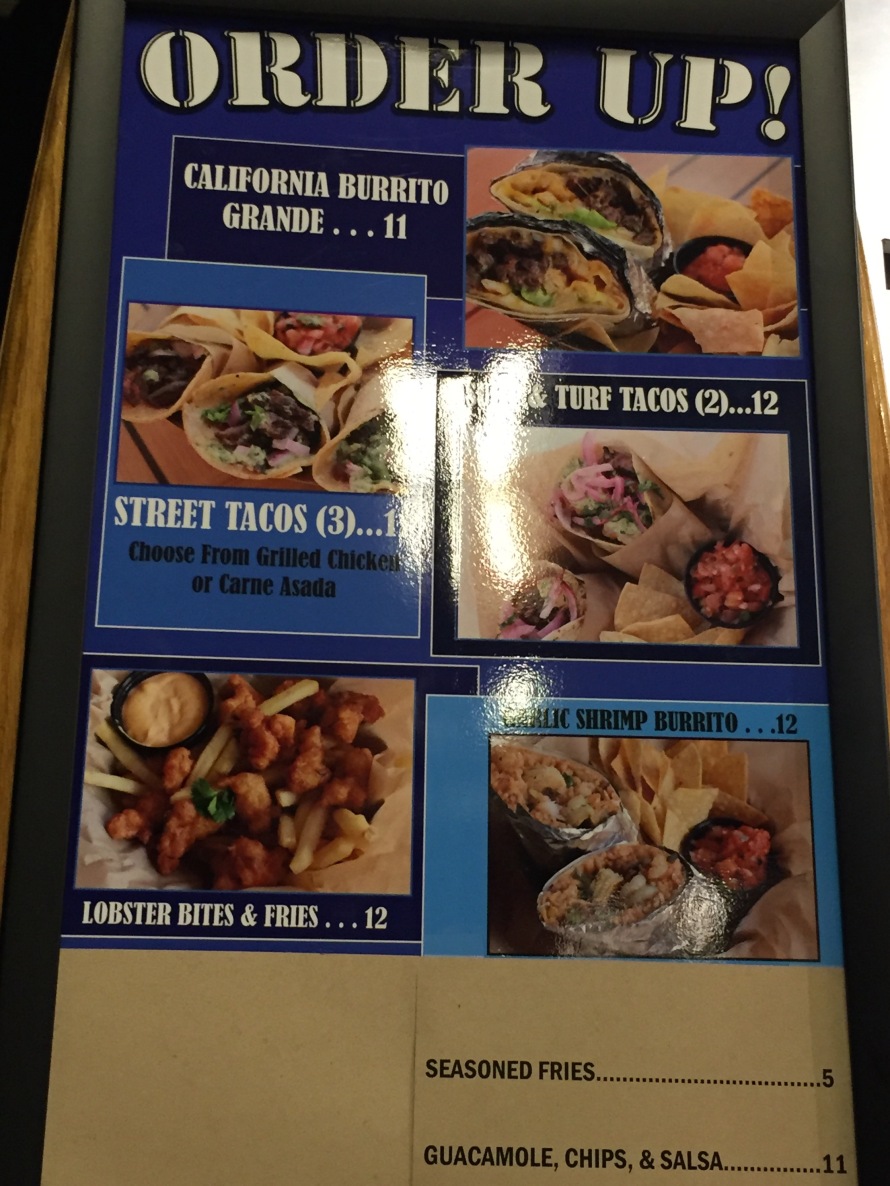 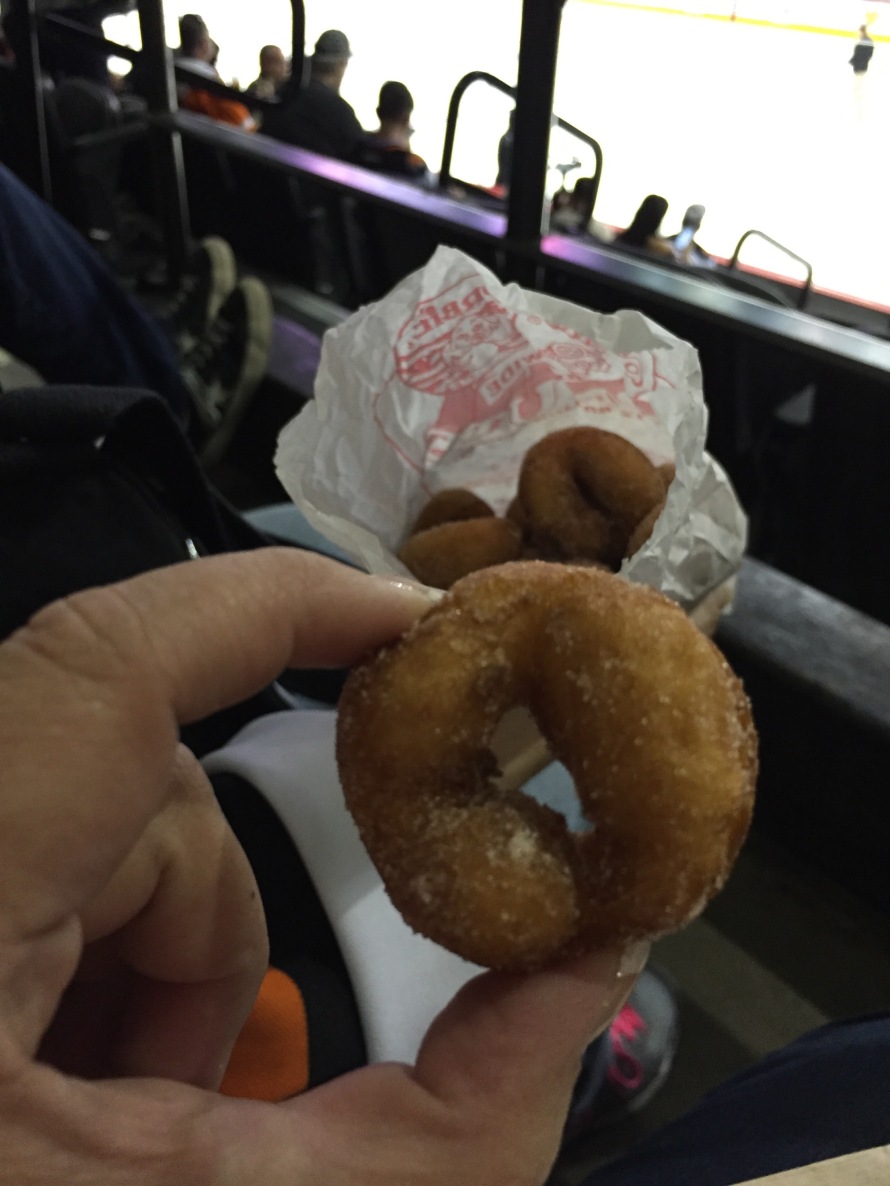 One nice thing I really liked was the Gulls did not forget about their history, as they had a book signing by BJ MacPherson, a veteran player from the old Gulls, circa 2005.

Every seat is good seat, but for such a small arena, I think I would prefer to sit upstairs to get a view of the entire rink. We had seats on the main terrace in section 10b, row 1, and it was hard to see the other end of the rink.

I cannot complain about the price though. $35 (before all the extra fees) for lower bowl seats was not bad at all.  Best of all, the home team won. After the game, we went to a place called Phils barbecue, which is literally across the parking lot. It was a great Halloween night! 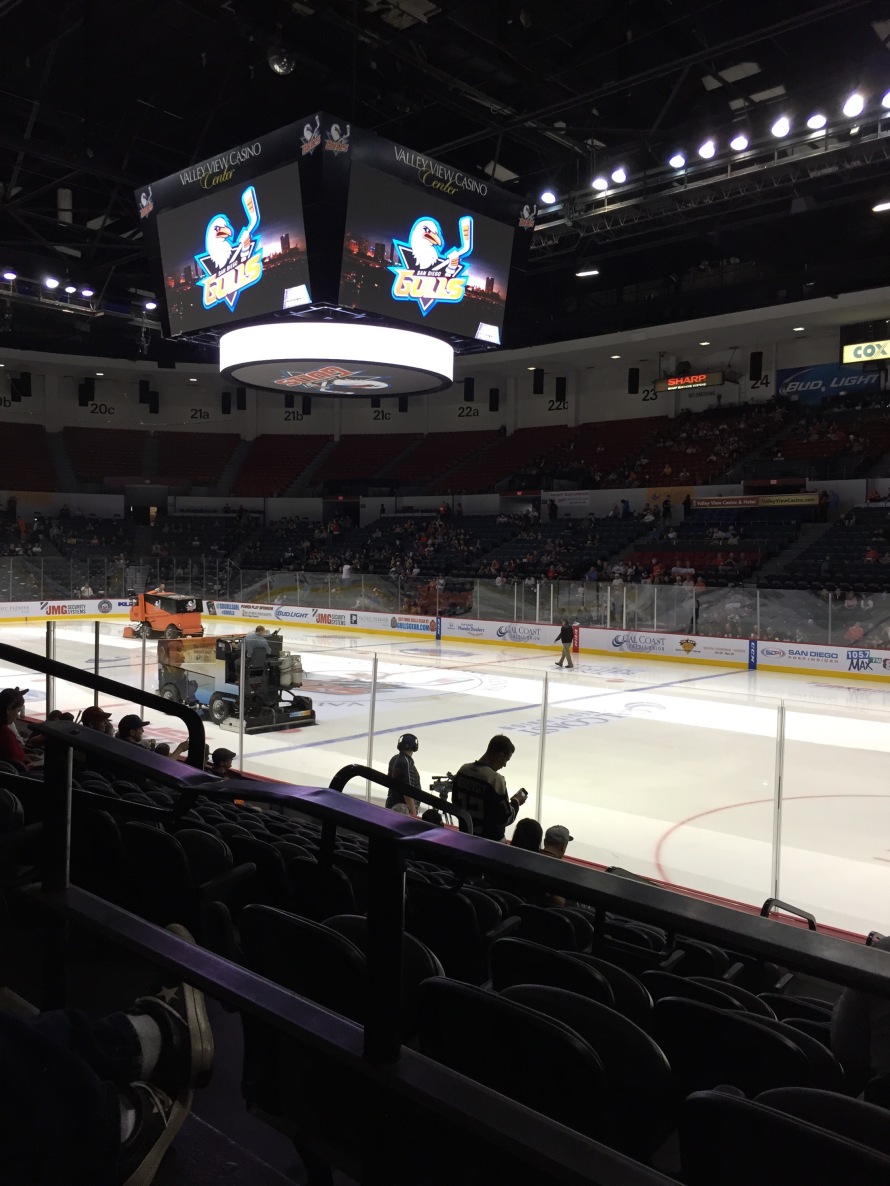 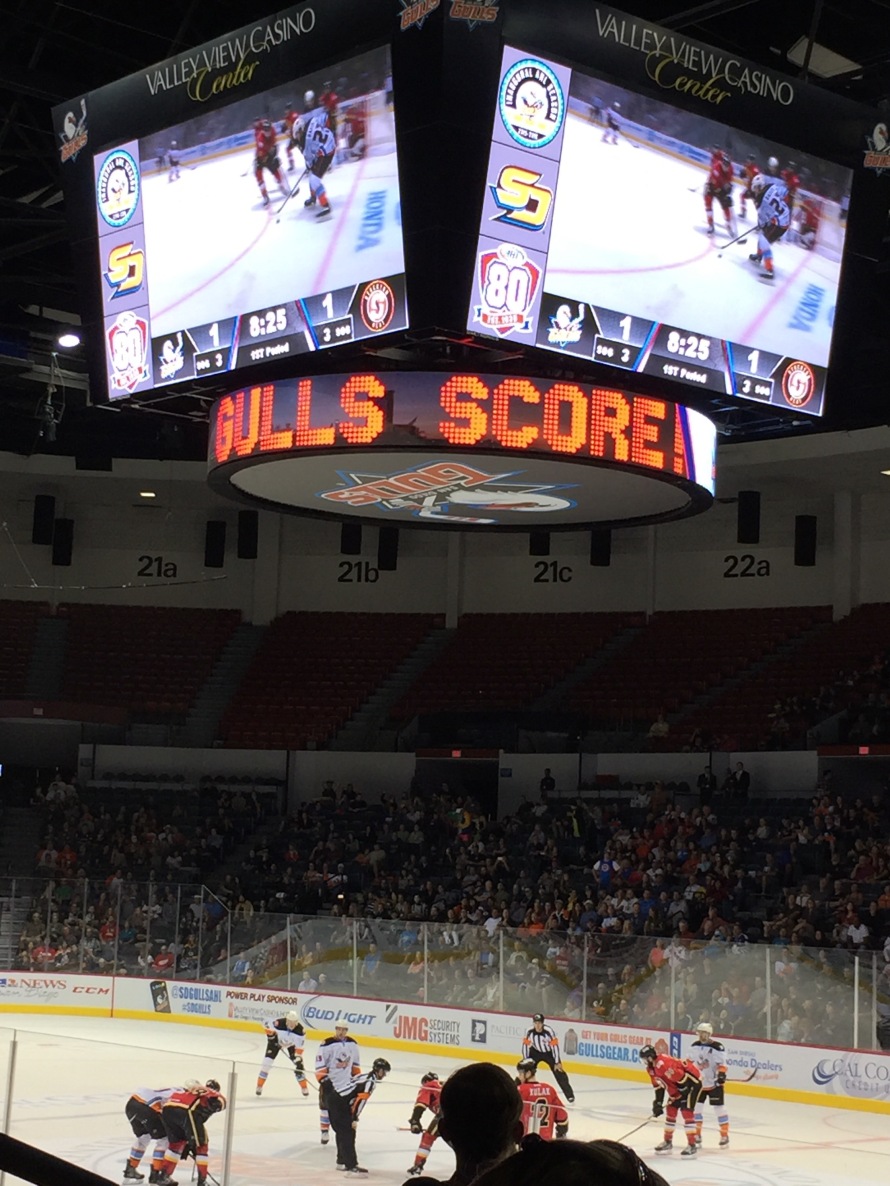