On New Year’s Day, Stephen’s niece said she had never been to one of those places where they “toss seafood on the table”.  It was the last Saturday before heading back to school and work, so what better way to kick off the New Year than with garlicky seafood?

I’ve been to the Buena Park and Irvine location, and the Magnolia location is rather tiny compared to the other location, and relatively dark inside, even with the glow of the TV’s inside. 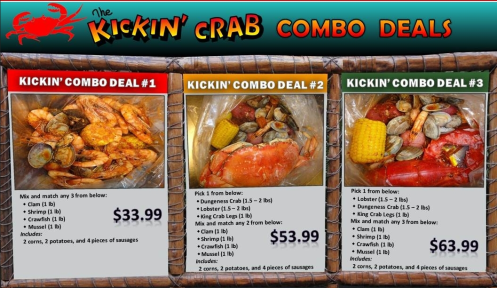 For the combo, we chose to go all shrimp since crawfish were not in season, and clams/ mussels weigh more in their shells.  We had it in the mild Kickin’ sauce, and chose the King Crab legs, so we wouldn’t have to deal with the head of the crab or lobster.  We also added an extra pound of shrimp in the lemon pepper mild sauce, which we later found out was a pound of shrimp too much for us. 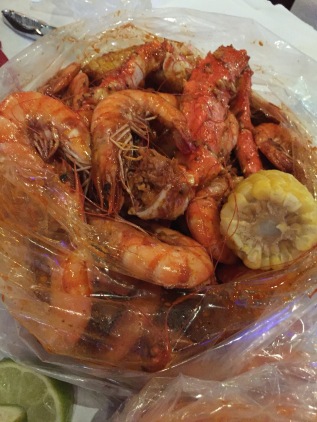 The niece enjoyed the food, and it wasn’t too spicy for her. It was extremely messy and we reeked of garlic inside and out.  It has been 2 days and I can still smell garlic, and I’m not sure if its from my purse, my shoes, my hair, or my pores.. but that stuff is potent!

As yummy as this dinner was, it wasn’t cheap.  Seafood goodness for 3 was about $115 with tax and tip, but it was sure worth it.