On January 30, 2016, over 40 museums throughout Southern California had free admission for one day.    Stephen and I grew up in Southern California, and neither of us have been to the La Brea Tar Pits.  I was able to talk him into going on “Free Museum Day” even though he had reservations about the crowd and parking.

We arrived at the museum area around 11:40 am and was redirected from the La Brea Tar Pits parking to the  parking structure at the SAG-AFTRA building across the street.  All day parking was $15, but it was centrally located, literally across the street from the mueum. We found the line for the La Brea Tar Pits going down the walkway.  I asked 2 girls in the front about how long they waited, and they replied about 20 minutes.

The line went quickly. What we didn’t know was they had 2 lines to get the wristbands: 1 on the other side of the grass, and the cashier’s desk inside the museum.  While it was free admission, all guests were required to pick up a green wristband, and had the option to buy any extra presentations not covered by the free admission.  We added the 3D Ice Age Presentation, and the cashier directed us to another lady for our free Excavation Tour ticket.

We still had about an hour until our Excavation Tour, so we went around the museum admiring the fossils.  All of the fossils on display were animals found on the grounds of the La Brea Tar Pits.  Ironically, even though the museum name is the La Brea Tar Pits there is no tar in the area, but it is asphalt.  The museum itself is small.  Under normal circumstances, it would probably take half hour to see the entire museum, not including the Excavation Tour, which was 45 minutes. 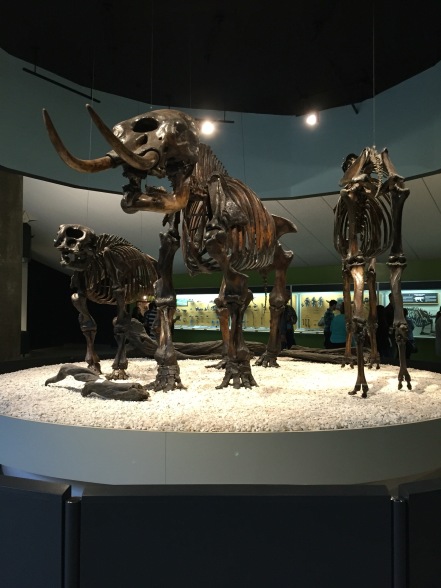 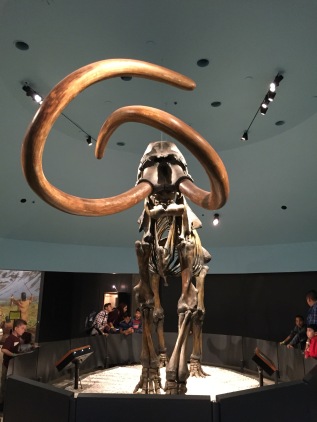 At 1:00, we made our way to the Fossil Lab, and was able to watch a paleontologist working on sorting small particles before departing for our tour.  Our tour guide took us outside on the grounds of the museum, and pointed out several dig sites where they found fossils.  We also went to an Observation Pit where they found fossils of Ice Age remains. 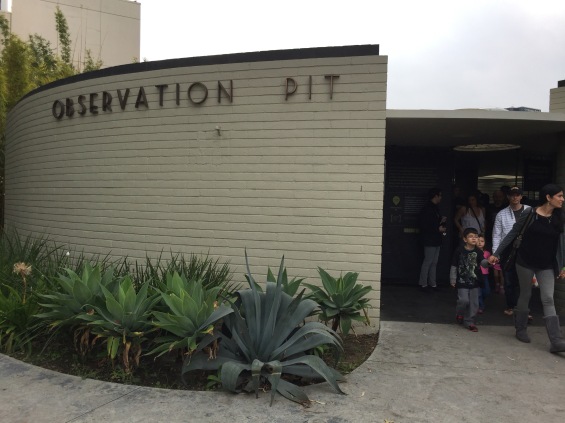 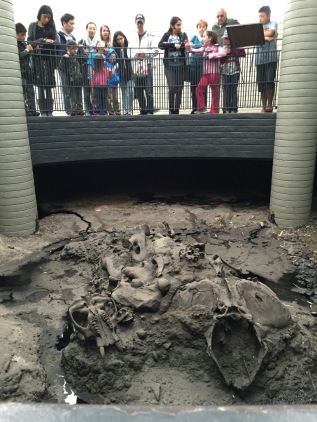 Our tour concluded at Project 23, which is actively being used to discover fossils and other findings from the Ice Age.  These items were found less than a block away from the museum site.  The art museum wanted to build an underground parking structure, and while digging, came across some fossils, including a fossil of a Mammoth that was about 80% intact.  The La Brea Tar Pit museum dug up the area, and encased the dirt into 23 crates, hence the project name.

After the conclusion of our Tour, we went back inside for our 3D movie of the Ice Age.  The movie took about 20 minutes and afterward, we took a peek of the gift shop, and walked next door to the Los Angeles County Museum of Art (LACMA) to take a picture of us at the now iconic Urban Lights, before heading home. 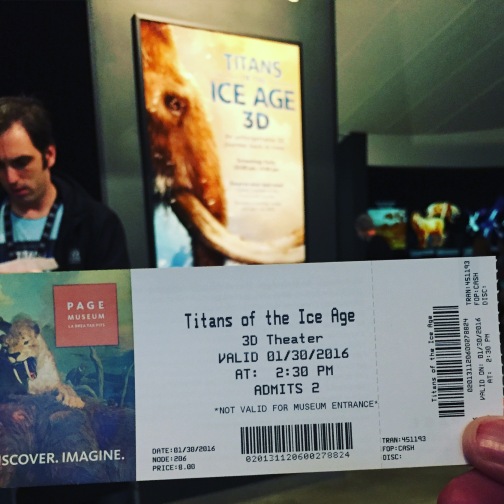 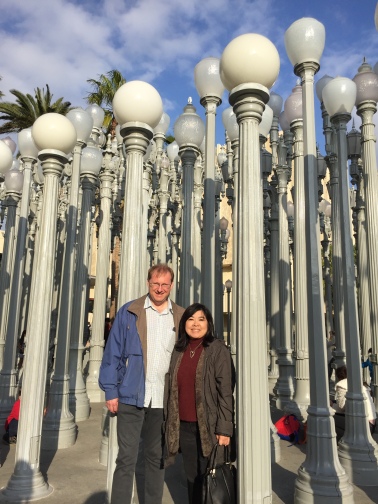