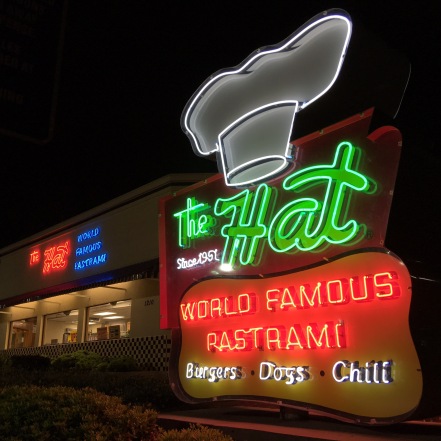 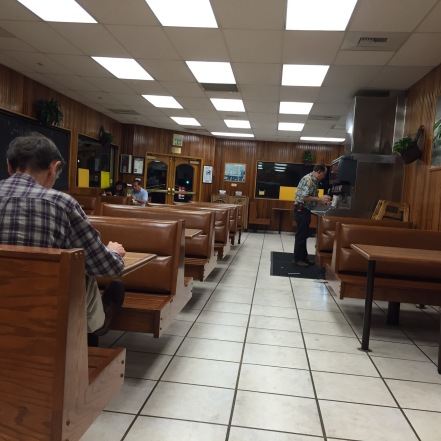 We stopped by on a Sunday evening after an Anaheim Ducks game.  At around 8:30 pm, we were lucky to find the place pretty much to ourselves.  We later found out that we were just very lucky because moments later, the place was packed again.

We ordered the chili cheese fries topped with pastrami, and we were shocked at how big it was. It was a mountain of hot fries topped with chili, then shredded cheddar cheese, then more fries and then a mound of pastrami… easily enough for 3 people to share. 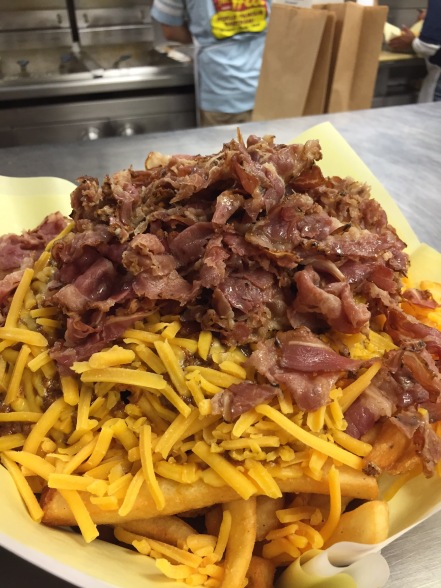 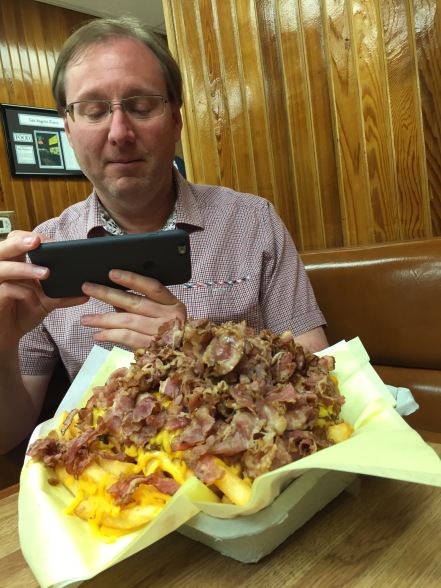 Our friends ordered the same thing, but added tomatoes and pickles.  The restaurant added a “hat” to keep the condiments from falling off.  Overall, a great late night meal, and sharing the food didn’t break the bank.  The pastrami chili cheese fries plus 2 small drinks came to just over $17. 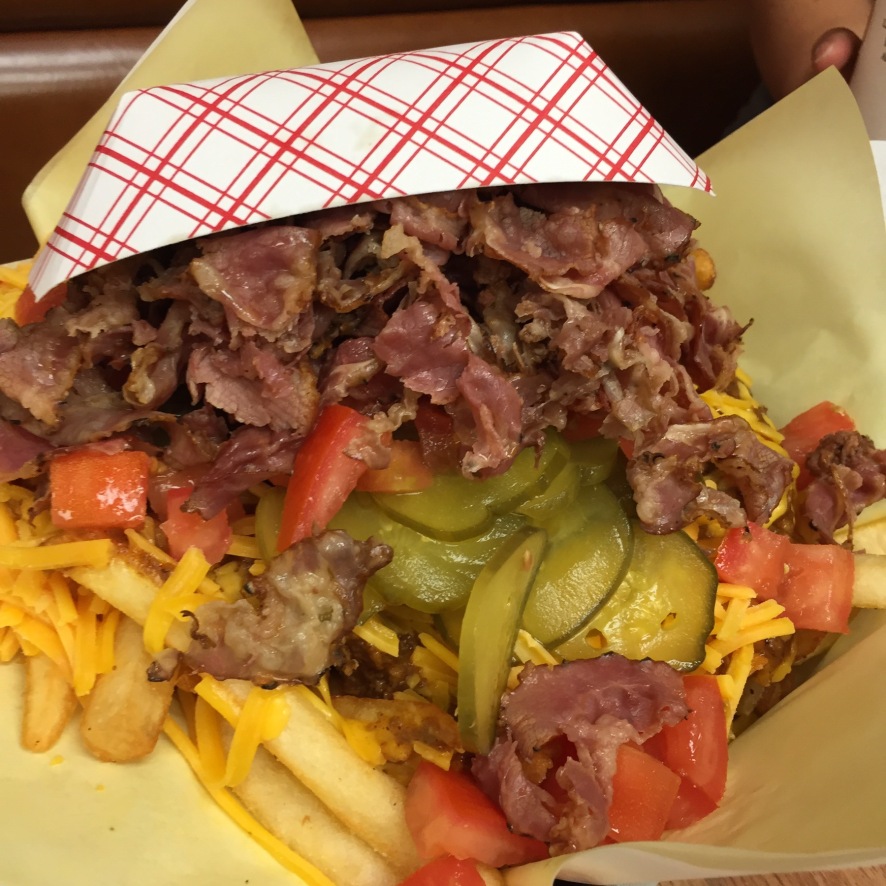 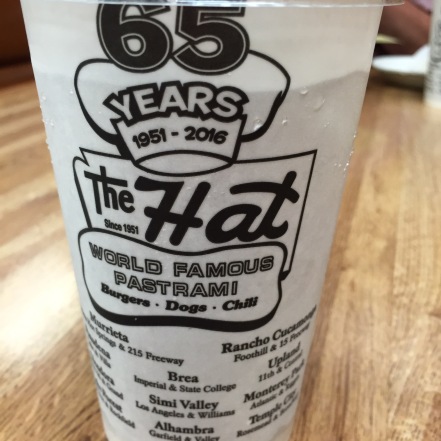 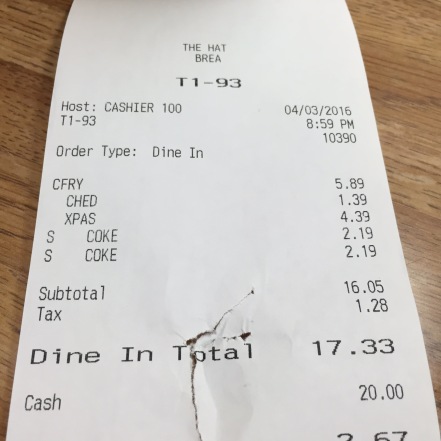 The Brea location is opened until 1:00 am, and they have 10 other locations in Alhambra,  Glendora, Lake Forest, Monterey Park, Pasadena, Rancho Cucamonga, Simi Valley, Temple City, Upland, and now, in Murrieta.