My dog Lulu (@PerritoLulu) is a Cairn Terrier (think Toto from Wizard of Oz, or Fred the dog from I Love Lucy) and she requires grooming every 4-6 weeks.  Last month, my groomer of 16 years decided to retire, and move to Virginia to be with her daughter.

I knew eventually the time would come for me to find a new groomer, but who knew it would be such a tough ordeal?  I went to Yelp and looked up a few places that got “rave” reviews.  I called and left a voicemail with the first groomer.  No reply.  I called a second one and she said to text her.  I did and never got a response.  Apparently, the graphics on her Android phone wasn’t liked by my iPhone, and rejected her text.  Finally, I called a third groomer, Pampered Paws and Tracy answered the phone on the second ring.  At last! A real voice.. and a friendly sounding one, too.

I told him that my groomer is retiring, and I would like to have Lulu try them out.  He asked for my vaccination records and some quick information, and I scheduled my appointment for Saturday, April 23rd.

The shop is off La Habra Boulevard and Aldrich, near Casita Adelita 3 Mexican restaurant.  I found a spot in front of the whimsical storefront, and at a little before 10:00 am, other clients were being dropped off for their “sPaw” day of pampering. 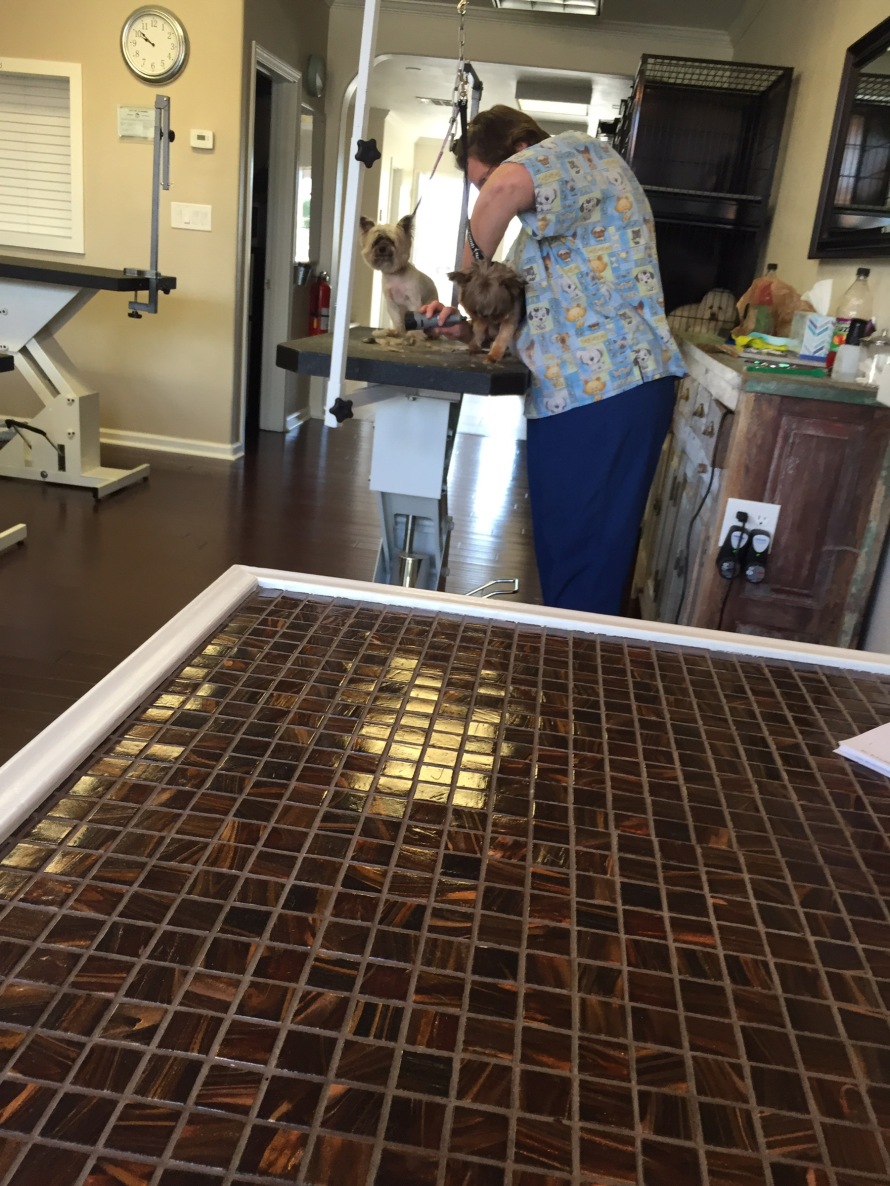 I really liked the interior of the store. It was bright and open, and you can see everything from behind the counter.  I didn’t have to feel that they were hiding anything, and even though the store had a dozen dogs, it wasn’t that loud where everyone was barking like you’re in a pet store or pound.

The Ducks had a Playoffs game, and they were most accommodating when I said I had to pick up Lulu by 1:00 in order to drop her back home and go to the Honda Center.  At 12:35, I received a phone call that she was ready.  When I picked her up, she was wagging her tail and happy as can be.  The price for a wash and clean up was $24, which was very reasonable. 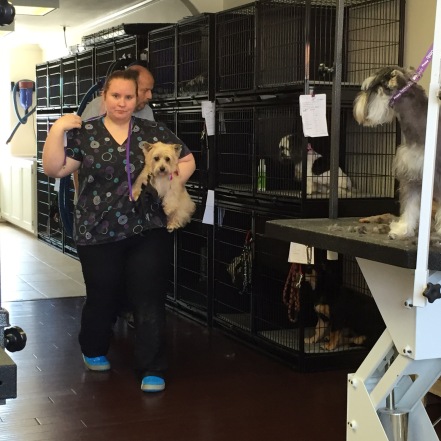 I was so happy with the results, I went ahead and booked another appointment in 4 weeks… which is $40 for the full treatment.  2 paws up!