It’s the final day for some of my travel companions.  We kicked off their last day at Aswan with a trip to the Unfinished Obelisk. The significance is that the obelisk is supposed to be made with one complete piece of granite. There was a crack in it, so it was never finished. If it had been finished, it would have been the largest obelisk ever made.

The obelisk is in the middle 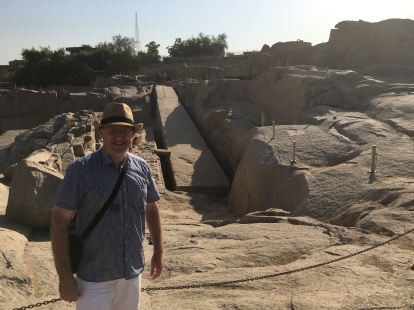 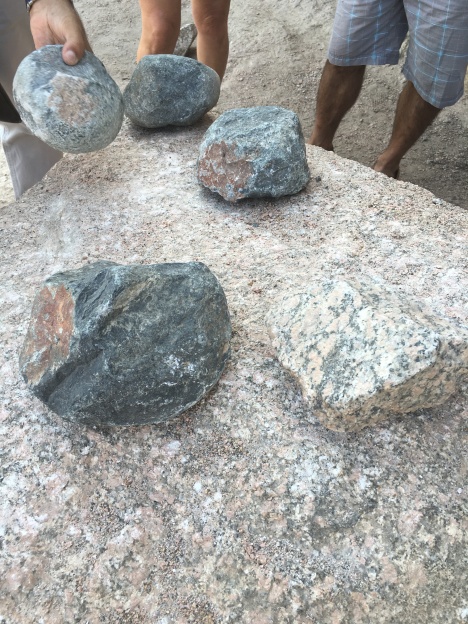 Stones used to shape the obelisk

After visiting the Unfinished Obelisk, we went to the High Dam, which was important to the next stop, the Philae Temple.

We had to take a boat, as the temple is located on an island.  On the boat, we had a vendor selling knick knacks. Since we never have a lot of time during the trip to shop, so it was actually good time to look at this stuff, and they were inexpensive souvenirs, too. 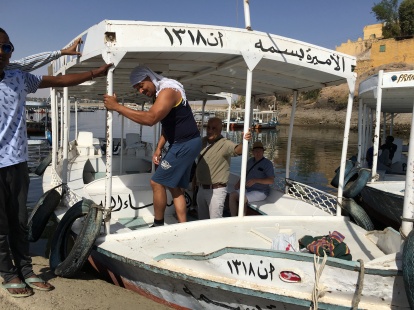 The Temple was built for the Goddess Isis, but after the  High Dam was built in the 1960’s, it was going to be submerged like Abu Simbel. Just like Abu Simbel, the temple was rescued by a joint operation between the Egyptian government and UNESCO. Every stone block of the temple complex was labelled and reassembled, like a giant jigsaw puzzle, on the higher ground of Agilka island. The whole project took over ten years and wasn’t reopened until 1980. 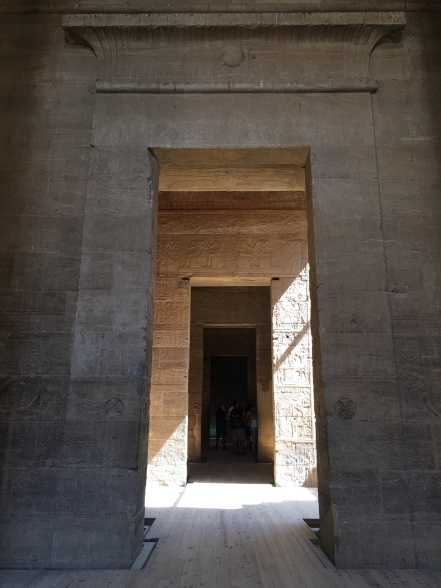 Since some of the group members were departing today, we took this opportunity to have a group photo to remember this trip.