This new breakfast place is located off Lincoln and Gilbert, in a tiny strip mall. It used to be a Peruvian restaurant, and I was told they’ve been open 8 months. Parking can be tricky so if you enter off Gilbert, park in the back by the Laundromat and walk over. There’s not a lot of spaces in the front of the store. 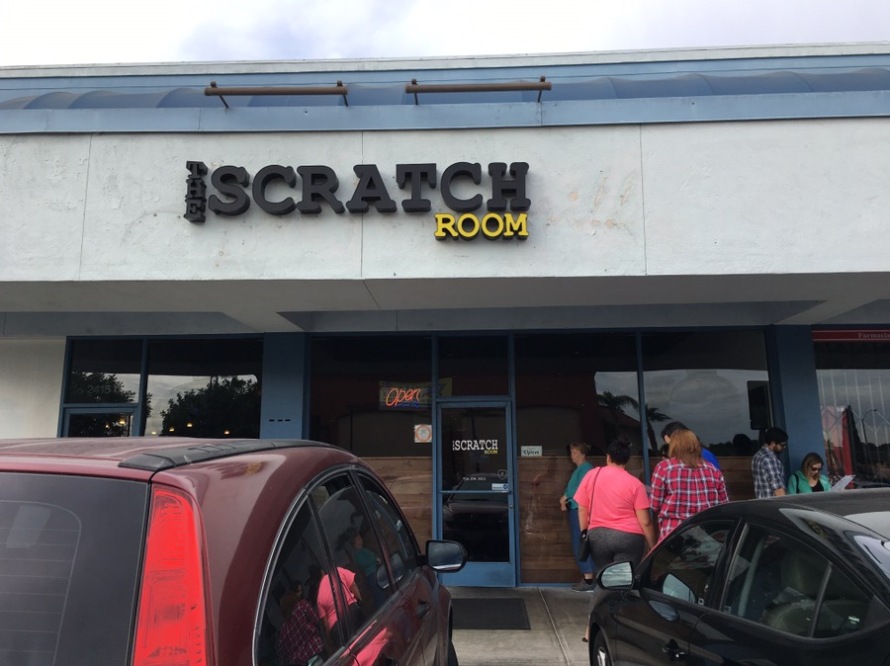 Some people complained the wait is long. We arrived at 10 am and was told 40 minutes and it took about 1/2 hour, so yes, there was a wait on a Saturday morning. If you want fast, there’s Subway next door.

Others complained they don’t use the room space to their advantage and it might be true. The small place holds 17 tables, and yes, maybe they can add 2 or 3 more tables, especially 1/2 tables for couples, but at least you’ve got elbow room to breathe. Too bad they don’t serve food at the bar. Even if they had 100 tables, there’s still a wait, and probably bad service. Ease up and know you’ll be waiting on a weekend. 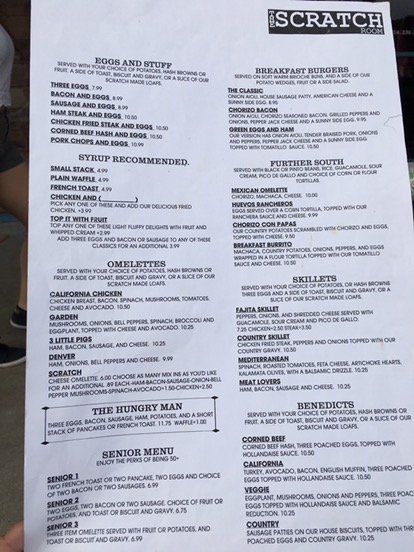 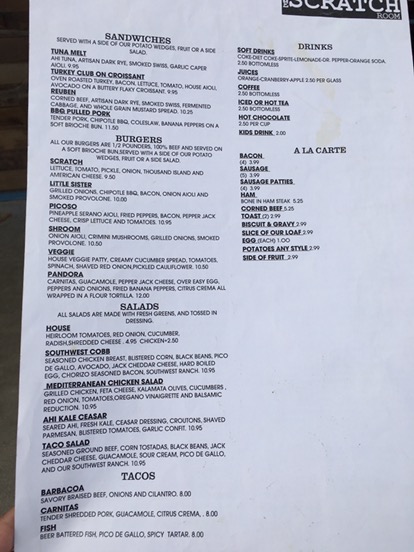 Prices are fair, average $10 a breakfast entree. Drinks about $2-$3 but constantly refilled. The service was friendly and we were checked on often. Food portion decent where you don’t leave hungry. The food is cooked to order so don’t expect it done in 10 minutes. 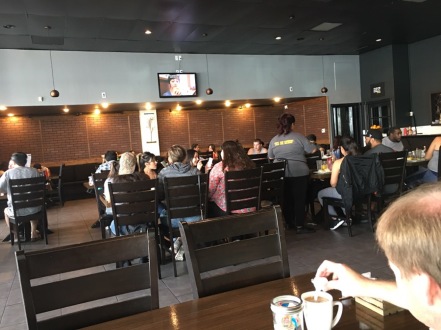 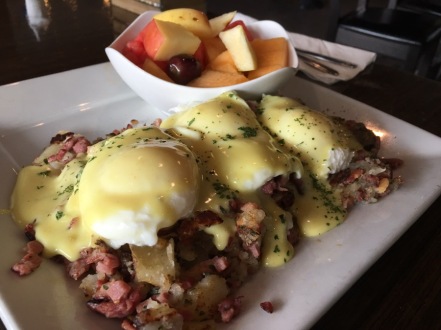 Stephen had the Corned Beef Hash Benedict, and he said it was probably one of the best Corned Beef Hash he’s had… and we venture out to a lot of breakfast places! In addition to the breakfast entree, you get potatoes or fruit, and Stephen chose fruit, which was a good size bowl of freshly cut fruit. Not slimy or like its been sitting in a huge tub of fruit juice, either. As the place is called, it was made “from Scratch”. Stephen also had to pick a bread, from biscuits and gravy, toast or one of the daily “Loaf”. He chose the Sweet Potato loaf, which was a generous slice. 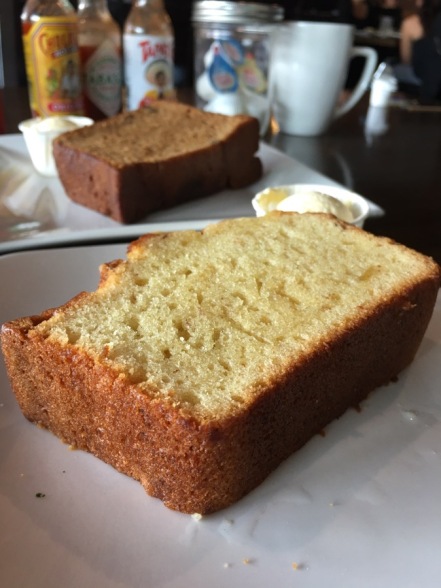 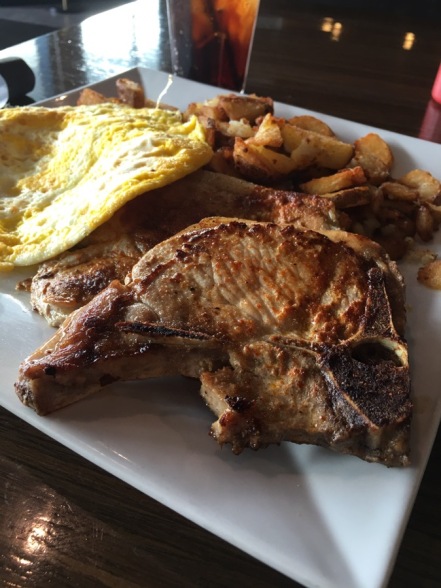 I was about to get the Ham Steak, but at the last minute chose the Pork Chops and Eggs. I got 3 large eggs, and 2 very large pork chops on the bone. The pork chops were moist and flavorful. At the end I was gnawing it off the bone like a rabid dog, that I almost forgot about the eggs. I chose potatoes, which were ok. Next time I’ll go for the fruit. I had the Banana Bread, which was very banana-ish, but I thought the sweet potato bread was much better.

Breakfast for 2 came to $28 before tip, which is actually pretty reasonable. Portions were more than adequate, and we did not leave hungry. In fact, I was filled all day, that we ended up having a very late dinner.