Our city tour of Mazatlan was done, and the bus was heading back to the ship.  Stephen’s parents stayed on the bus while Chilly Willy dropped us off at El Shrimp Bucket, a restaurant known for seafood, but primarily their shrimp. 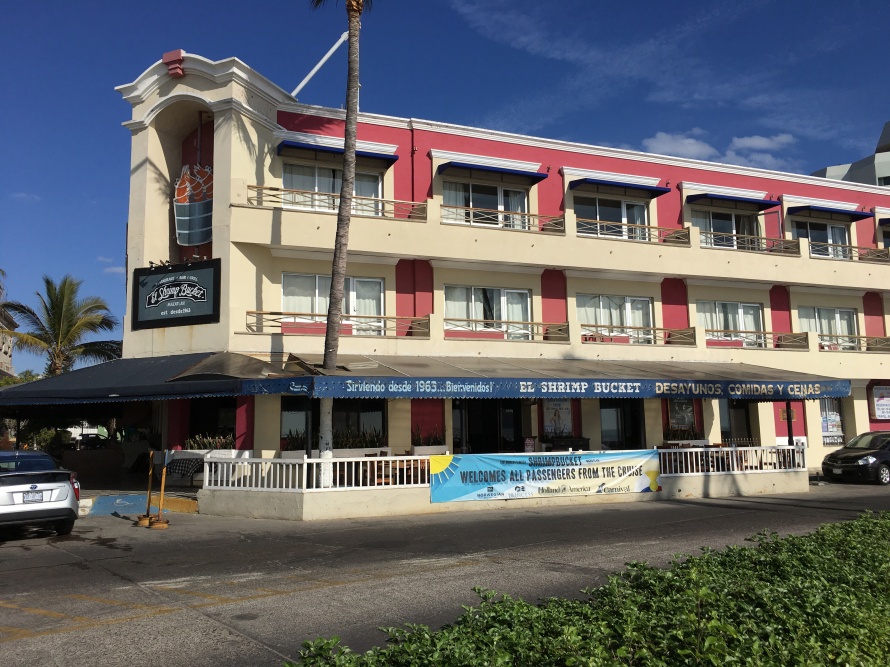 The restaurant was located across the street from the waterfront, but the road blocked the view.  We decided to dine al fresco, as it was a better choice than the dark interior of the restaurant.  The only downfall was the patio dining was right next to the streets, and you can smell the car fumes. 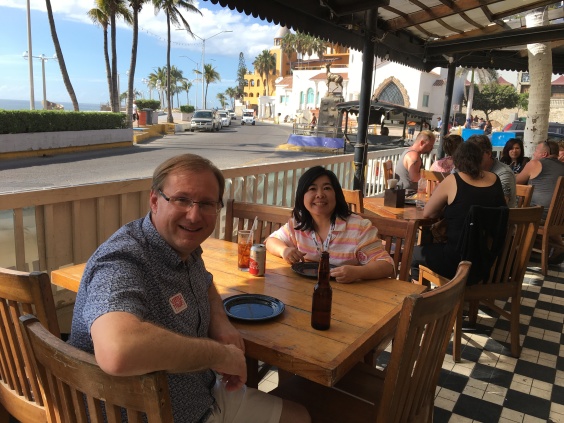 The menu was quite extensive, but we decided on the Shrimp Boat, which was 25 shrimps, cooked 5 different ways: Breaded, Coconut, Beer battered, Grilled, and Peel n Eat.  They were served with various sauces, along with a serving of rice and fries.

As we waited for our food, our server gave us a cup of complimentary shrimp broth.  The platter came, and it was definitely a good amount of food.  With our beer and soda, the bill came to $500 pesos.  The server asked if I wanted to pay in American dollars, and I said yes.  His conversion came to $30.  When I calculated it on my phone, the price should have been $23, so I used my Capital One card (no fees!) and saved myself $7. 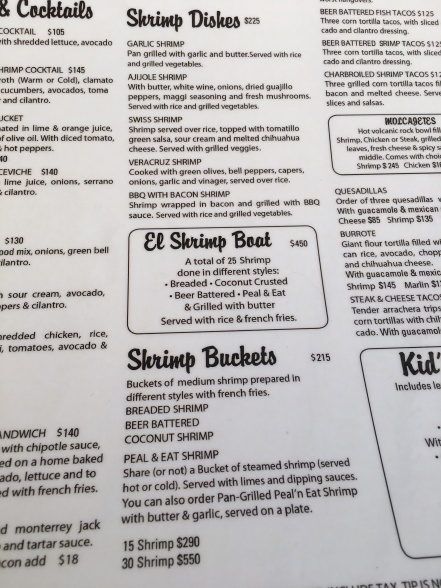 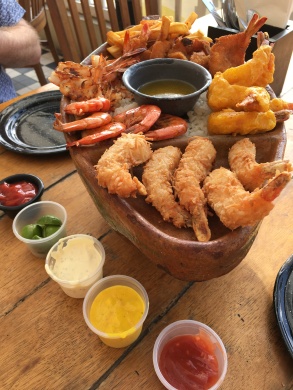 After lunch we had to find our way back to the ship.  Fortunately there’s plenty of taxis (or pulmonia) around.  I did not know you can negotiate the fare.  The first one came and said it was $10 to get us back, but Stephen wasn’t ready to leave.  So I told him no thanks, and then he lowered the price to $8.  After he drove away, and Stephen was ready to return, another one came, and he offered us $6 to ride back.  Wow, who knew the prices were not standard? 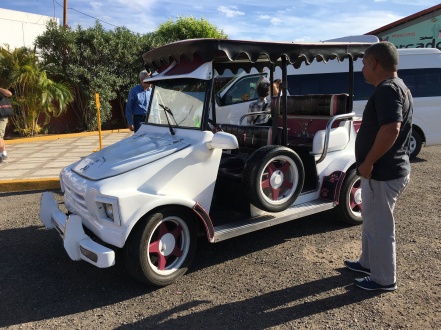 When we got back to our stateroom, we ordered a pot of coffee and enjoyed the corn muffins as we sailed out of the Mazatlan port. 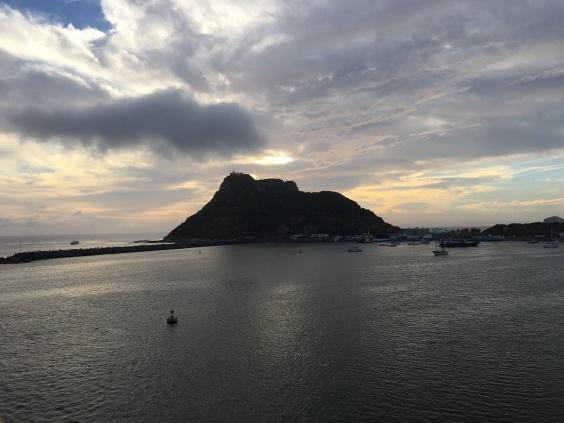