Living in Southern California, we are spoiled with the vast selection of places to eat.  Just 45-minutes ago, I was in San Juan Capistrano having authentic Tacos de Trompo street tacos at Taqueros, and now I am having Indian style ice cream at Saffron Spot, located in a strip mall in Artesia.

I discovered this place on Groupon, where they were offering $10 worth of food for just $5. Originally I was hoping to use this on a warm, sunny weekend, but for the past few weeks the weekends have been cold and rainy. Unfortunately, the Groupon was expiring in a few days, and after a heavy Mexican meal, something sweet would hit the spot.

The store is tiny, with a handful of counter seats.  The first thing you see when you walk in is their display of ice cream.. and it is not ordinary, plain jane ice cream.  There’s a wide variety of flavors from rose, pistachio, mango, to saffron. 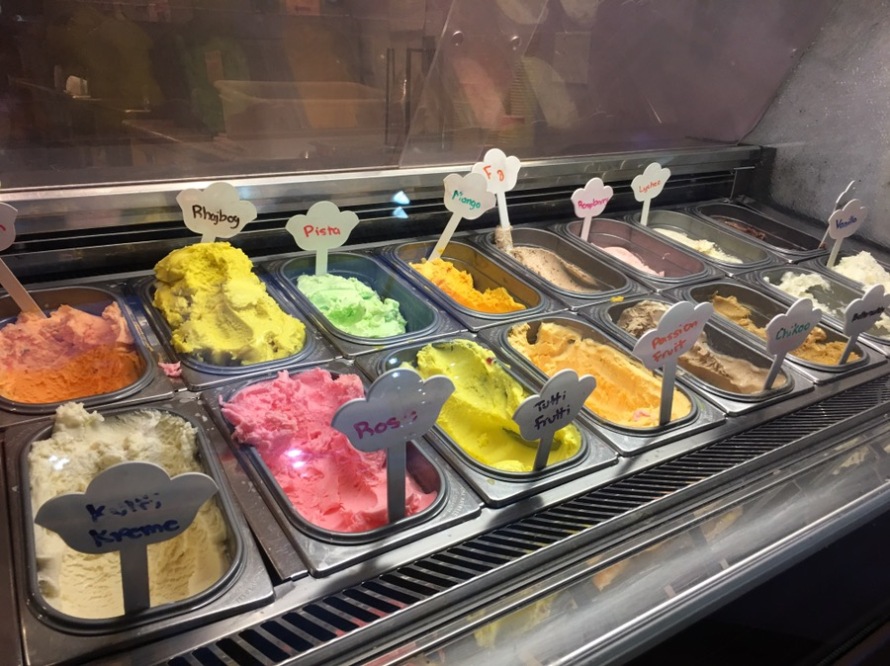 As I said, it was a cold day, so I opted not to get ice cream, but a cup of their homemade Masala Chai tea.  The tea was freshly brewed,and bit of the gritty tea was still lingering in my cup.  It was a bit pricey, as it was $3.00 for probably a 6 ounce cup, but it was perfectly made, and so delicious. 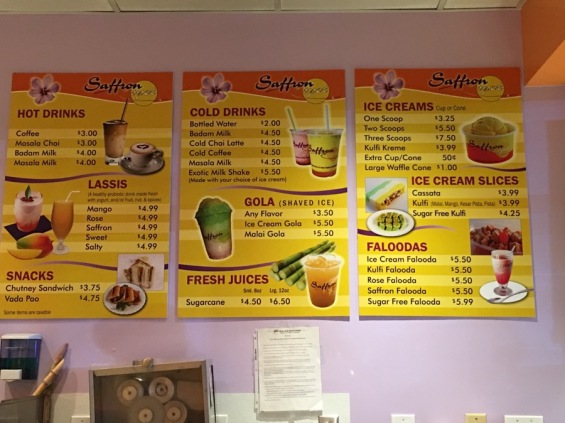 Stephen used up the balance of the Groupon and had 3 scoops of ice cream: Rose and Saffron in 1 cup, and Mango in the other. I tried a bite and they were creamy and delicious. However, unlike Persian ice cream, where you really can taste the rose water, Indian ice cream isn’t as strong, or, perhaps Saffron Spot doesn’t add as much rose water.

This place is truly a hidden gem. You can’t see if off Pioneer Boulevard, which could explain why they use Groupon to bring in foot traffic.  Our total for the ice cream and tea came just shy of $10.00.  I’m not sure if its worthy of $10, but for a Groupon? Yes, I’d go back with a Groupon.