After checking in with the Road Crew, it was time to grab some dinner.  Thanks again to Yelp, I found Dunn’s Famous, a deli that was about the same distance as Pub McLean’s.  This place was established in 1927 and is open 24/7. We were lucky that a section of the restaurant opened up, and didn’t have to wait.

Stephen and I decided to each have a bowl of their matzo ball soup, and share their Montreal smoked meat platter, which was a plate of their meat, 4 slices of rye bread, cole slaw, and a pickle. You basically build your own sandwich, rather than getting one made for you. 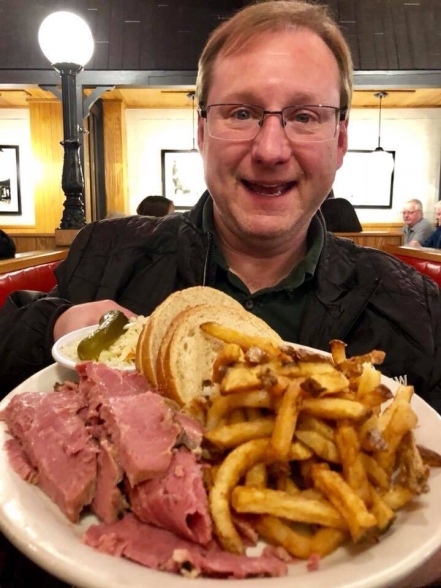 Some food that my friends had: