There’s a new Mediterranean restaurant called SAJJ in Ranch Santa Margarita (or RSM to the locals). They call it line style ordering… but you will relate more if I call it Chipotle or Subway style ordering. You pick your base, whether its a bowl, wrap or pita. Then you pick a protein, then toppings. 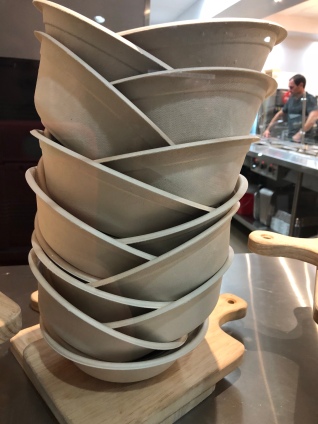 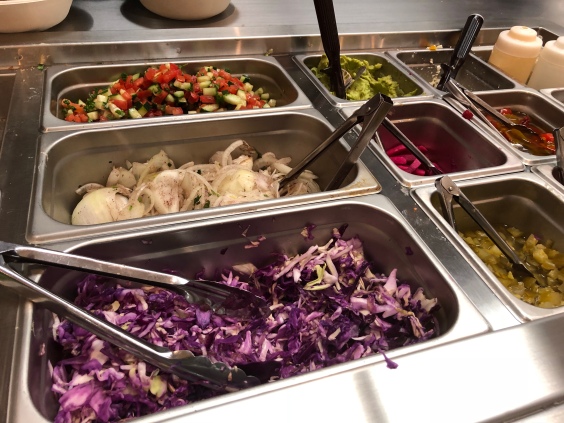 I chose the rice bowl, and couldn’t decide on the chicken shawarma or the pomegranate chicken. They let me taste both and I the pomegranate won. Add the toppings from fresh vegetables, to hummus, to sauce. Stephen couldn’t decide between steak or falafel, so he got both. Found out its nicknamed the shawafel bowl. The falafel was crisp on the outside, tender and moist inside. He really liked it. The hummus was good, but not great. It lacked something… more olive oil? Not sure. But it mixes well with the bowl, as does their sauce.

All entrees comes with a cup of house-made lentil soup, which really hit the spot on this cool evening.  Being the first week, I gave them a lot of leeway. I think the bowl could be a bit fluffier with the rice, as I ran out while eating my bowl. They have delicious drinks, from strawberry lemonade to mint lemonade, all made in house using a chef recipe. But if you are preferential to sodas, they have that too.

We also tried the fresh in house pita chips and for dessert, baklava.  The manager did disclose the baklava wasn’t made in house, but flown in from a Mediterranean bakery from Michigan. It was delicious.. not too sweet but just crisp and flakey enough to satisfy the taste bud.

Menu is priced fairly at $10 on average. It won’t break the bank, and it provides a good alternative to fast dining.