Passau is a city in Lower Bavaria, Germany. It is also called the Three River City because there are three rivers in the city, and was an important trading city.  The Viking Var had to bus us from Regensburg to Passau, and we kicked off our visit with a walking tour.

Our guide Brigitte was raised in Passau, and told us the tour will take us from the river, through the old city to city hall, to the Cathedral, where we will end the tour with a Baroque organ concert. 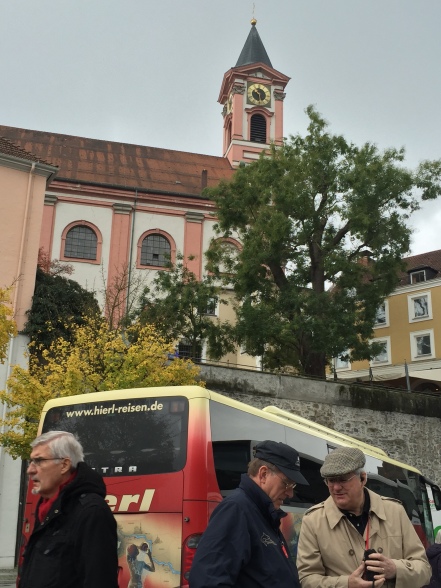 The city has gone through a lot of floods, and throughout the streets and at city hall are markers showing how high water levels have been.  At the City Hall, I had Stephen stand next to the water marker, so you get a reference of how high the floods were, with the 1501 and the 2013 toward the middle of the building.

Like most European towns, the streets and alleys are narrow, and of course, the streets are made with cobblestones, and the streets are hilly.  The cruise had a lot of seniors, and I was amazed that they were able to do the tour without problems. We made it to the city center before heading toward the Cathedral. 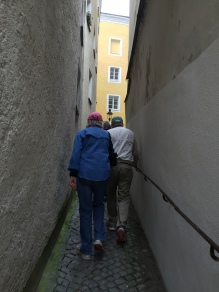 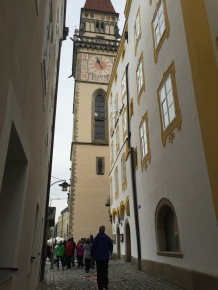 The tour guide stopped at the Bishop’s residence, before finishing the tour at the St. Stephen Cathedral, where we had our organ music concert. 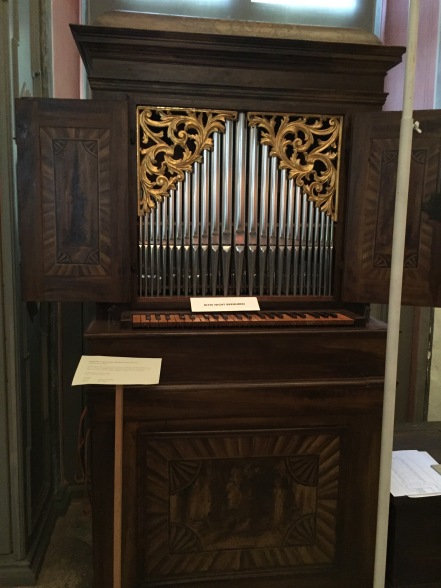 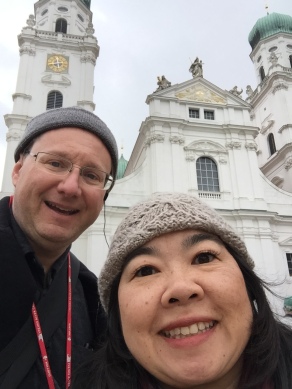 After the concert, Viking Cruises made arrangements to have lunch at a local restaurant Heilig-Geist-Stift-Schenke. 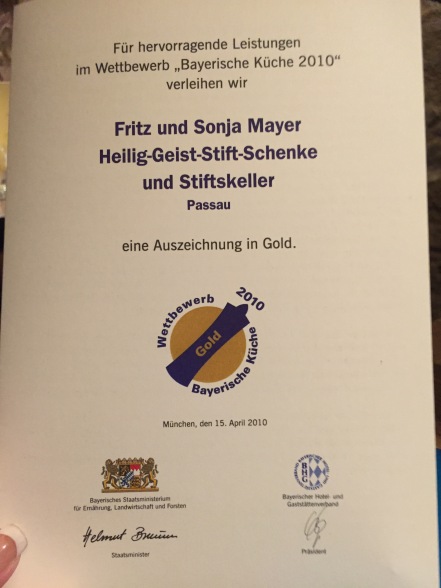