The Cheesecake Factory is a chain-restaurant serving up massive food and of course, cheesecake. If you’re a fan of the tv show “Big Bang Theory”, the inside looks nothing like the place Penny worked at, nor are their uniforms yellow… just a little tv tidbit.

The Brea location is located right on the outskirs of the Brea Mall, on the corner of Brea Boulevard and Brea Mall Way.  While there’s plenty of parking, you have to carefully cross a busy mall road to get to the restaurant.  During the day, its easy to cross, but there didn’t seem to be much lighting to help at night. 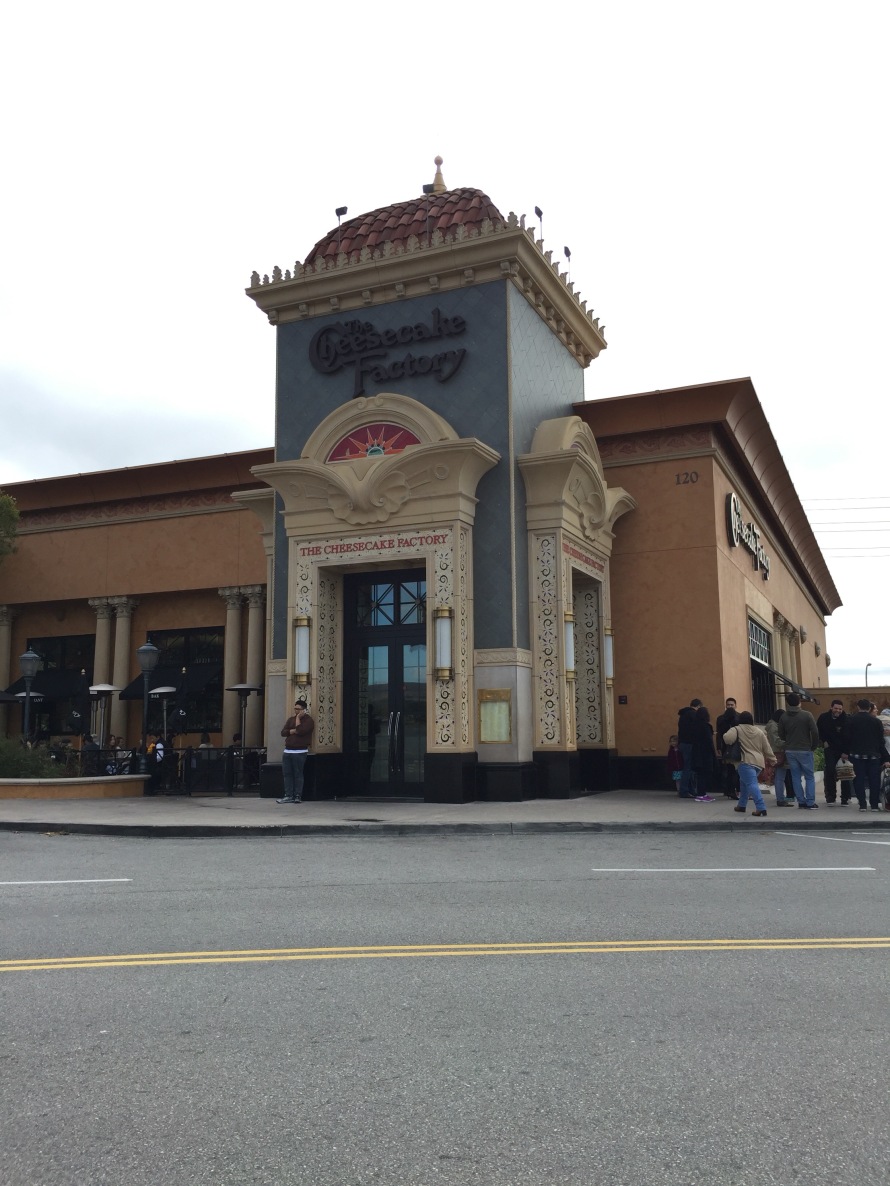 We arrived a little after noon on a Sunday, and the wait was estimated at 20 minutes.  We were told that the bar area was open, and also offered the full menu.  We decided to eat there instead, and sat on high table near the bar. and most of the patrons were watching the Vikings vs Seahawks wild card game. 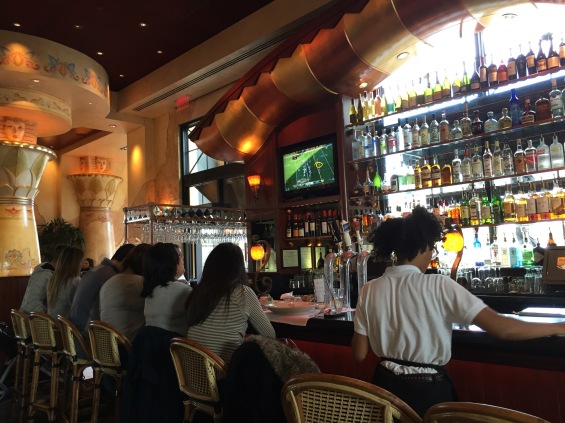 While we were looking through their menu, our server took our drink order and brought a basket of squaw and french bread.  If you have never been to the Cheesecake Factory, the menu is massive. Most of the spiral bound menu is filled with advertisement, but there’s pages and pages of food from salads, sandwiches, comfort food, pizza, and every version of chicken and fish you can think of.  Their portions are as big as the menu, also massive, so I was happy to see they had a lunch portion of their more popular food items.

I decided on the lunch portion of their popular fish n chips, which came with a side of cole slaw, while Stephen had the falafel salad, which was a mixture of romaine lettuce, kale, feta, pita chips, and a yogurt dressing.  Our lunch was not too expensive, and quite filling so we passed on their famous cheesecake and left quite satisfied. 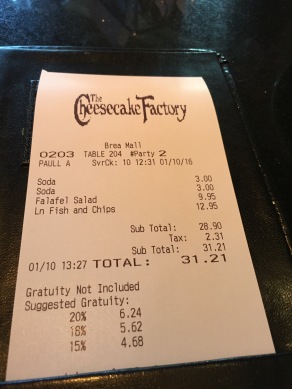