Anaheim: Jollibee is the Filipino’s KFC

Jollibee is a popular Filipino chicken and burger place, nicknamed JFC because their corporate name is Jollibee Food Corporation (which sounds like a pun on America’s KFC).

They’re known for their fried chicken which they call Chickenjoy – Jollibee’s perfectly seasoned fried chicken that’s crispy on the outside and tender and juicy on the inside. They also sell spaghetti and burgers, as well as rice dishes. 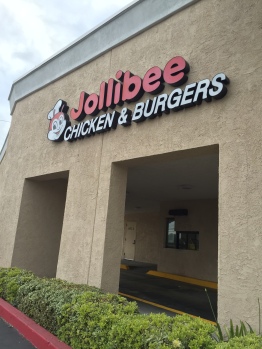 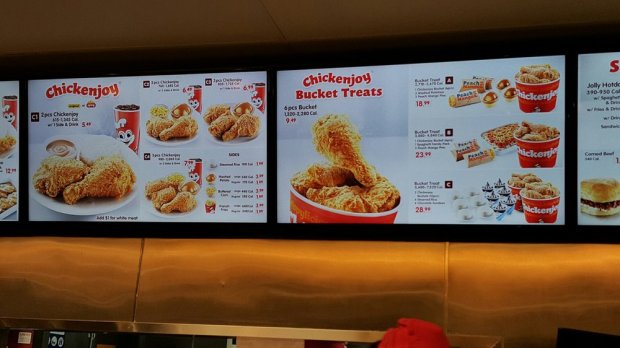 I had to stop at the Anaheim Plaza and needed something quick to eat.  The choices nearby were Wendy’s, Taco Bell, McDonalds, and Jollibee.  We chose the latter and ordered the 2 piece, 2 sides meal, without a drink (as I am not a fan of Pepsi products).  Side choices were: mashed potatoes, rice, fries, or corn.

The chicken just came out of the fryer as we paid. We heard the cracking sound of grease as the employee lifted the chicken out of the vat.  As soon as we paid, our order was ready, and we were handed 2 brown flat boxes with Chickenjoy printed on the cover. 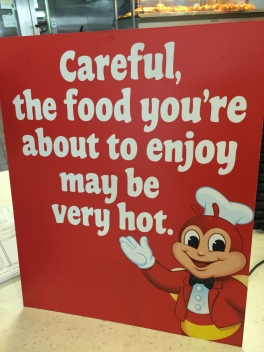 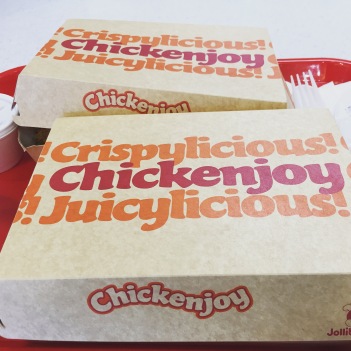 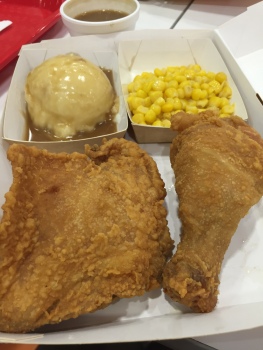 We found a seat and opened the box.  The aroma of grease came out, and there were 2 plump chicken (thigh and leg) and our 2 sides sitting in their own little tray.  Included with our meal was a side order of gravy. Apparently, the Filipinos love their gravy, and this was supposed to be used to drown our chicken or add more gravy to our sides.

The chicken was nice, hot, fresh, and juicy… but oh, so greasy!  It also didn’t help the corn was loaded with butter, and the mashed potatoes were made with lots of butter as well. Don’t get me wrong, I love butter, but grease over grease was well.. just overly greasy! 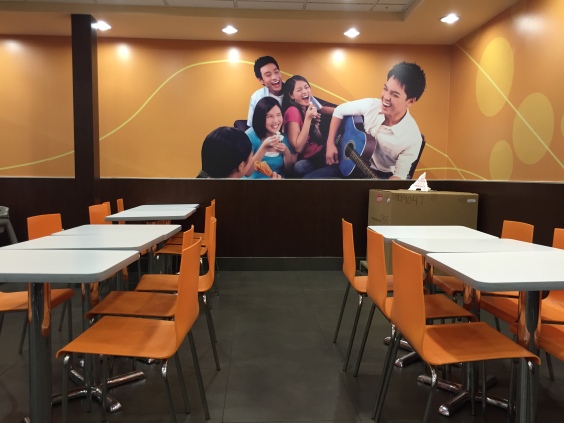 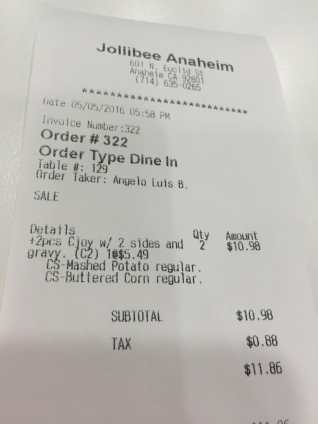 Total for 2 came to less than $12. Cheap eats. For the price and quantity, its not bad.  Filipino food isn’t known to be healthy anyway, so thumbs up to this place.. its a place I’ll have to consume in moderation. You can find store location here.