Since 1998, the NHL has promoted “Hockey Fights Cancer”, a month long initiative. The Ducks put aside a day to promote this event, and fans were encouraged to wear lavender or pink, and to recognize family and friends who have been stricken by this disease. 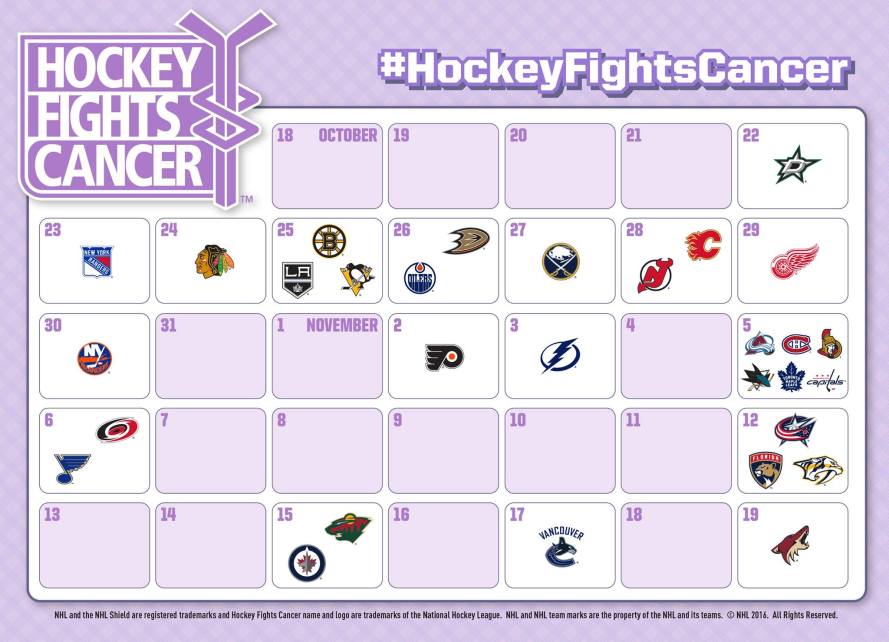 The Ducks held our night on October 26, against the Nashville Predators.  Joining a month-long, league-wide initiative, the Ducks have partnered with the Jessie Rees Foundation for this year’s Hockey Fights Cancer Night to raise awareness and help in the fight against cancer. The Ducks asked fans in attendance to support the Jessie Rees Foundation by participating in a JoyDrive and by bringing “crazy socks for courageous kids”. 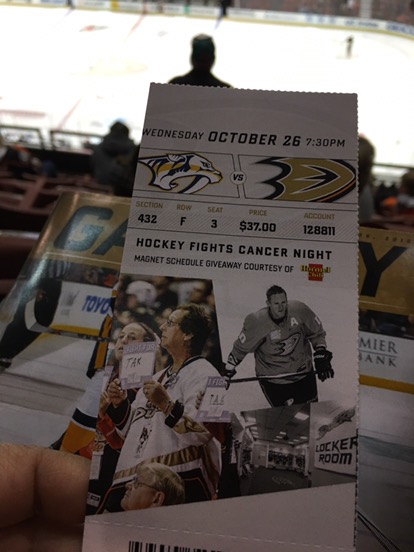 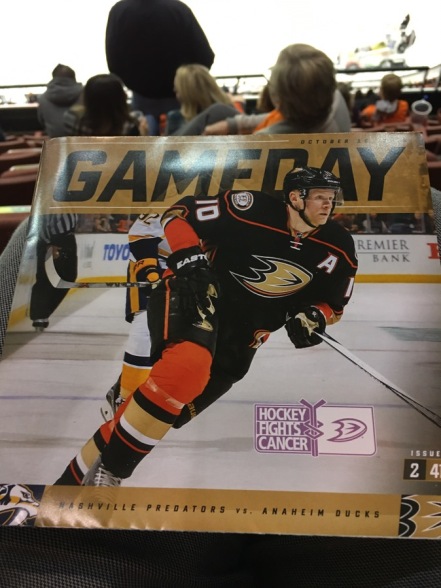 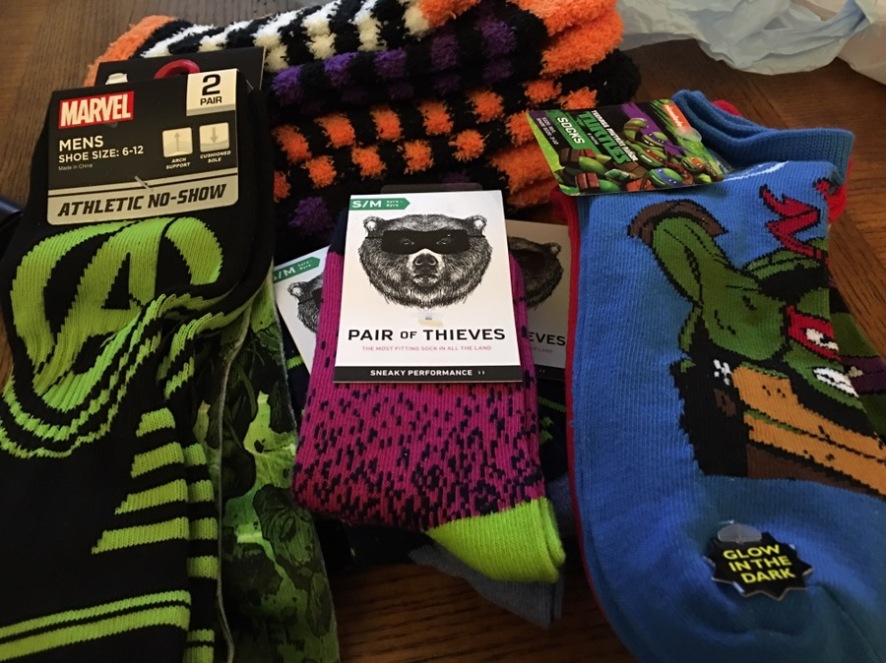 The interactive evening also included “I Fight For” cards, recognizing loved ones affected by cancer. My friend Dan is battling stage 4 cancer, so I made a card for him.  If you know someone who has cancer, or you want to recognize someone, you can download your own sign here..

The NHL is selling Hockey Fights Cancer lavender jerseys, where the proceeds will go to cancer research, and later one, NHL teams will be selling players jerseys, which were worn during warm ups. 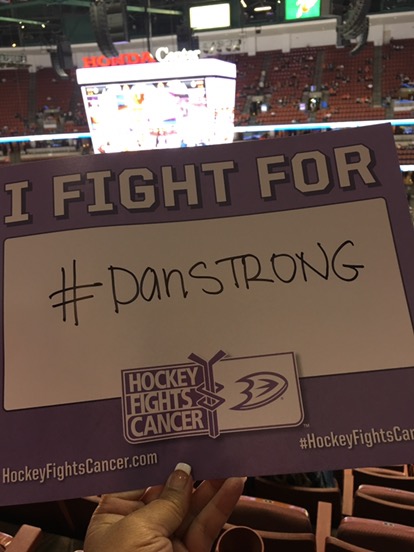 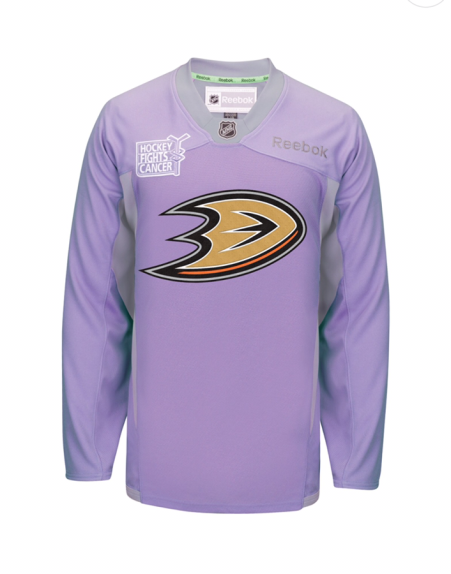 From the NHL web site: