If you haven’t been to a Mimi’s Cafe in a while, then you haven’t seen their new menu.  The prices have gone up, and they took out a lot of the favorite sandwiches and salads that I once remembered.  It seemed they were going more for a bistro inspired menu. 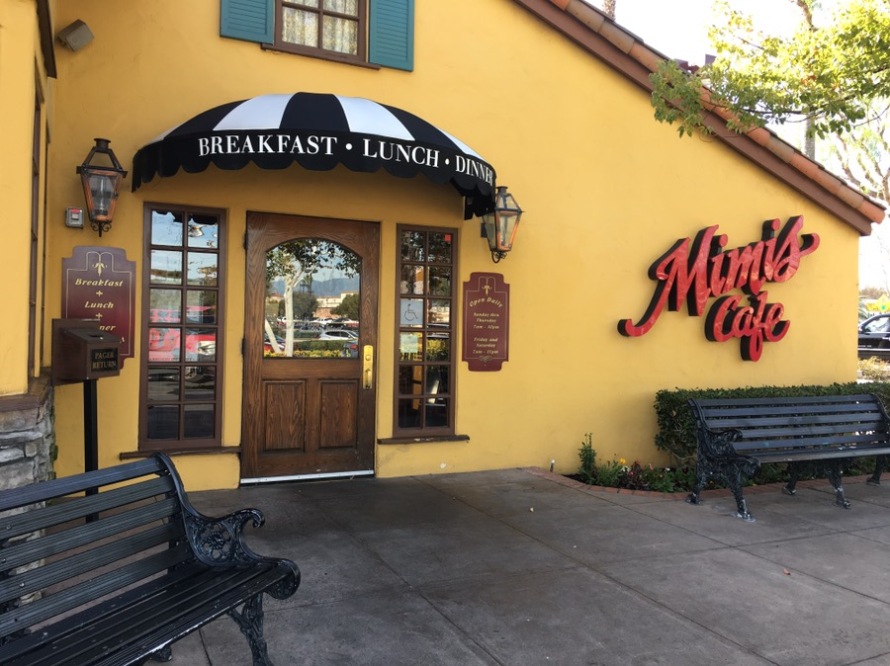 My friend and I met at an odd time of 2:00 pm, so too late to be considered lunch, but too early for dinner. However, we had the place to ourselves. We decided to split some appetizers and chose the Seven Meatballs and the Mussels with Frites (fries). 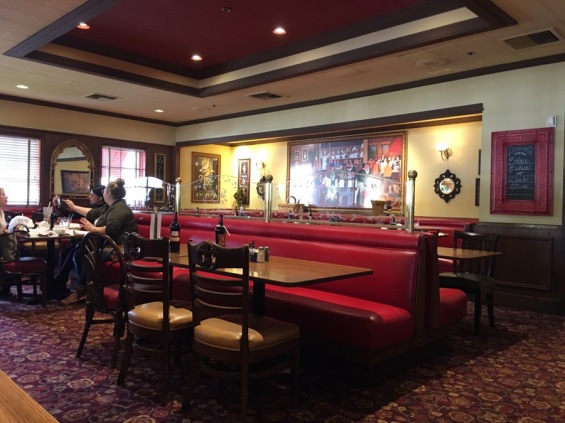 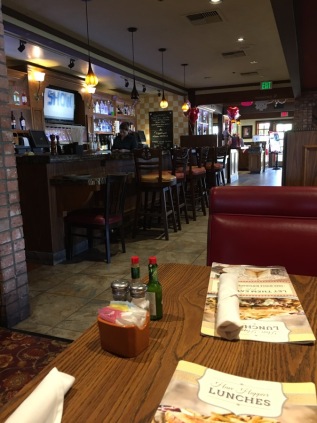 The meatballs came out first (and yes, there were 7 of them), and they were served with garlic breadsticks.  They were also lukewarm.  The cheese wasn’t even melted, so you can tell it was pre-made.  My friend didn’t seem to mind, and dug right in 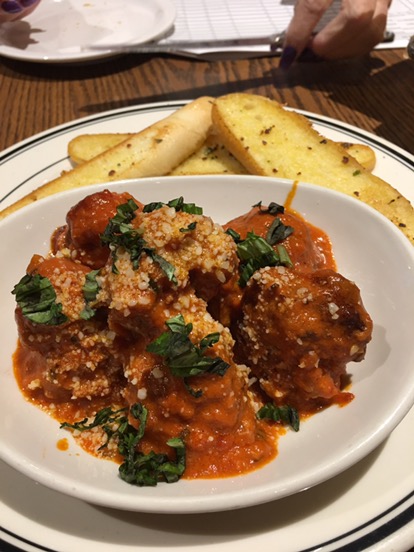 We were almost done with the meatballs when I realized the Mussels weren’t served.  We thought maybe they were still thawing them out, or in the ocean catching them.  Before we could inquire about the status, the server came out with the fries, then a decent bowl of mussels.  While they were hot, they were not piping hot.  Overall the mussels were underwhelming, and we didn’t even finish them, nor did we wish to take them home. 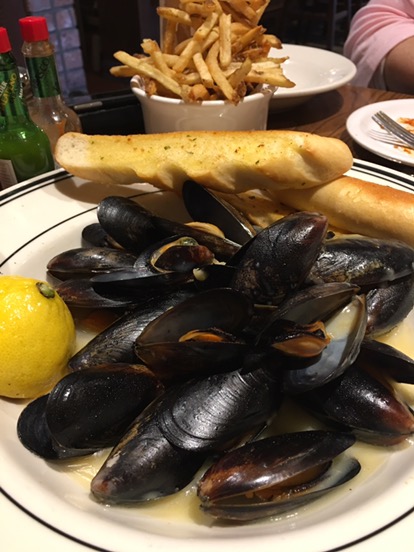 The 2 appetizers, along with 2 soft drinks came to $30 and change.  The portion of the appetizers were shareable, and I would even say enough for a meal.  I was disappointed they were not served hot, especially the restaurant was pretty empty.  Overall, a disappointing experience.