Every year the Anaheim Ducks invites Season Ticket holders to the “Select-A-Seat”, a chance to upgrade, add or downsize your seats.  My friends go yearly, but I missed the past few years because my appointment time is usually too early.  This year was no exception, it was scheduled for 8:30 am on a Sunday.  While I don’t plan on changing seats, my friends go to listen to the GM speak about the future of the franchise.  This year I decided to go, and it was Stephen’s first time visiting Honda Center during a non hockey season. 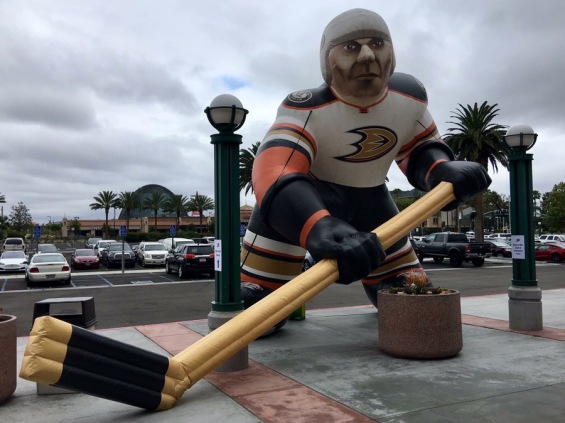 We ended up arriving at 9:30, because the Q & A session wasn’t scheduled until 10 am.  We arrived just in time to get through the check in, listen to the new director of ticketing greet us (forgot his name already), and then went down to the ice level (minus the ice) to listen to radio announcer Steve Carroll interview GM Bob Murray and VP of Marketing Aaron Teats about the future of the Ducks. 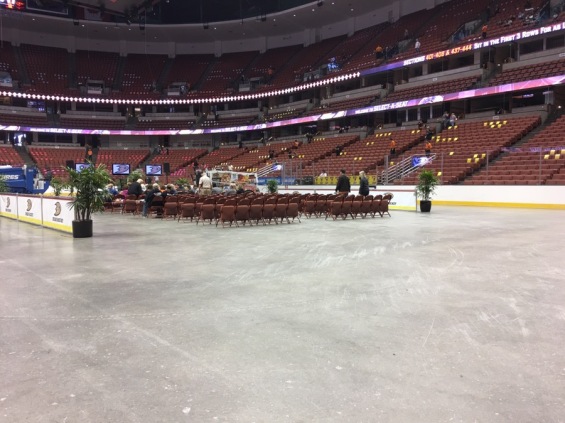 Later, player Hampus Lindholm spoke about his feelings about the Ducks, and his post recovery season.  The session took about an hour and I even got a quick photo with Hampus. 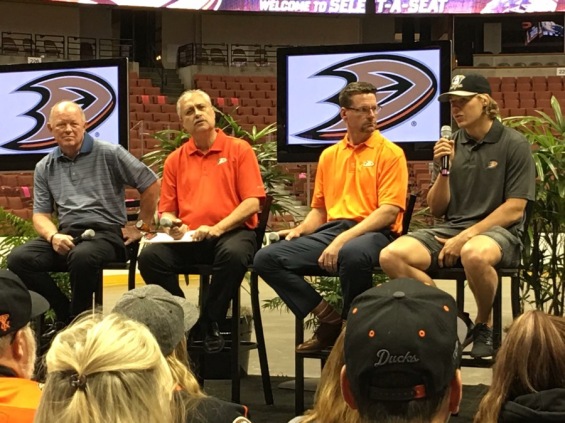 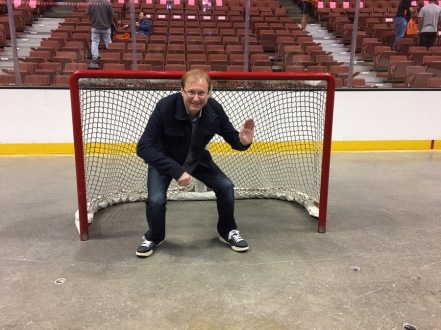