This place has been bookmarked for the longest time, as I definitely love the Rao’s sauce that you can get at the market. Best sauce on the market, hands down. So I decided to bite the bullet and have dinner here after the Elton John show, and made reservations at 9:45 (Elton lets out at 9:30).

The place closes at 10:00, so there were only a handful of patrons when we arrived. No real small chat by the hostess, as in “are we celebrating anything”? (we were) or “how’s your evening”. We were placed in the back facing the pool and bocce court. 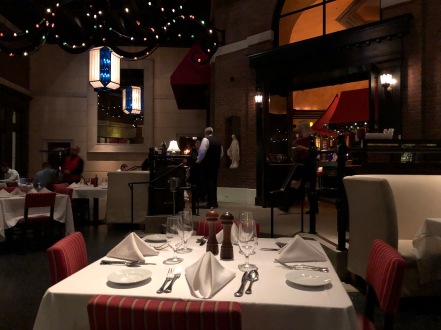 Service was just ok. No one described the 3 butters to us (so we eaves dropped on the next door table to hear what they were). We started off with the “famous” meatballs as appetizers. 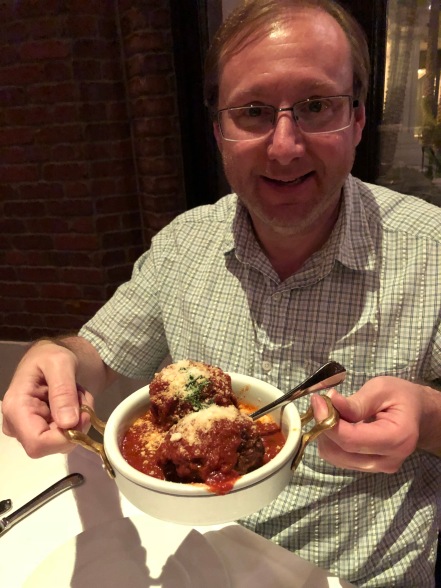 When we were finished we had to wave down our server to complete our order, which we ended up splitting lasagna and peas. She messed up our lasagna order because she either forgot to enter it in or the kitchen forgot it, so we were served a bowl of peas and no entrée. She apologized but meanwhile for 15-20 minutes we were eating peas, and bread. 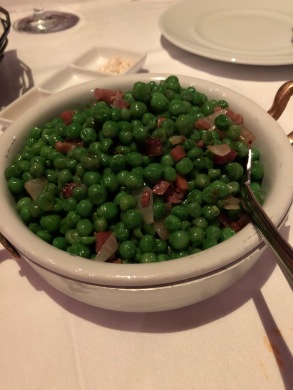 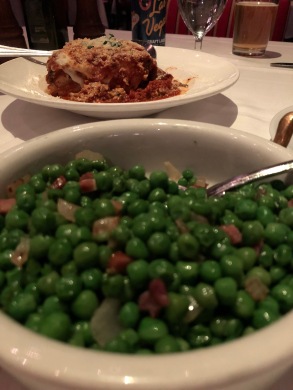 As for the food, I wasn’t blown away. Perhaps it didn’t live up to the HYPE? The meatballs were good but not orgasmic, especially for $17. The lasagna was supposed to be “huge”, but I could have eaten it by myself. The big serving was the bowl of peas with prosciutto, and I thought that was the best of the 3 items.

The saving grace is I got to use my Total Reward points to pay for this $80 meal. I did tip the server 25% since she had to stay late, and she did chat us up at the end. Otherwise, had it not been a “free” meal, she would have gotten a smaller tip. I must have missed the 5 star memo. Too bad.