I don’t know about other sports clubs, but the Anaheim Ducks does a lot for their season ticket holders.  On October 21, former Mighty Duck Paul Kariya had his number retired up in the rafters.

On Monday, October 22nd, the Ducks allowed each season ticket account to get a professionally taken photo with the retired banner. The photo opportunity was anytime between 5:00 to 7:30 pm, and you had to RSVP, bring your season ticket holder card (or something to prove you are a season ticket holder), and sign a waiver.

We were asked to enter through the delivery entrance, and Karen arrived before me and held our place in line. After checking in, we were in line to take our photo with the former captain’s banner. 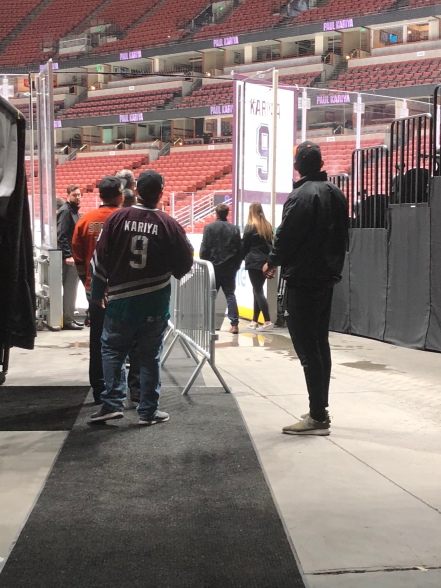 The line moved quickly, and the Ducks limited us to one photo per account.  As we left, there was a hockey puck prop, where we took one more commemorative photo before leaving. 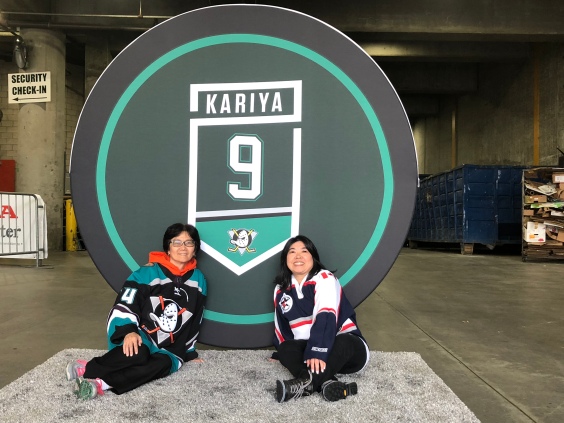