Following Cartagena, our next 3 stops were the “ABC” Islands… Aruba, Bonaire, and Curaçao, but in the opposite order, starting with “C”, Curaçao, pronounced cure-a-sao.  The Islands are in the Dutch Caribbean, part of the Netherlands, but are not part of the European Union.

When we docked at Curaçao’s capital, Willemstad, the first thing we noticed from the ship was the beautiful colored buildings lined up along the dock.   These buildings are a Unesco world heritage site, and are protected from being changed. 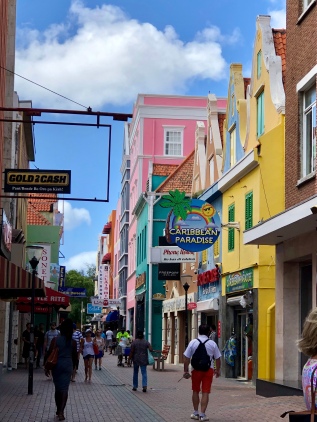 Willemstad has a floating bridge called the Queen Emma bridge. When a large ship or vessel needs to enter the harbor, the floating bridge actually moves to grant access.  While crossing the bridge, Stephen didn’t pay attention and was caught behind the gates, while it was trying to allow a vessel to cross.

We walked around the island, and Stephen purchased their liquor, also named Curaçao.  Then we walked around a fortress converted into a shopping plaza and casino, and stopped inside the coldest Starbucks store. 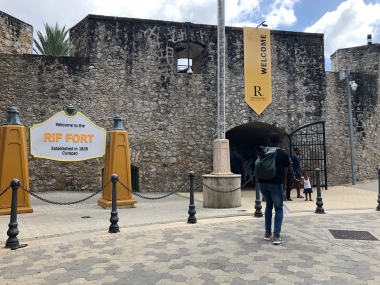 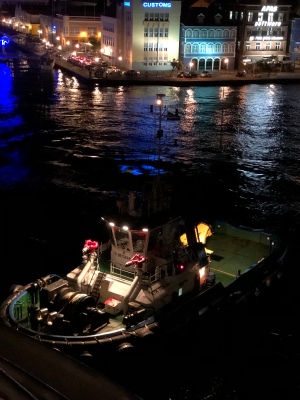 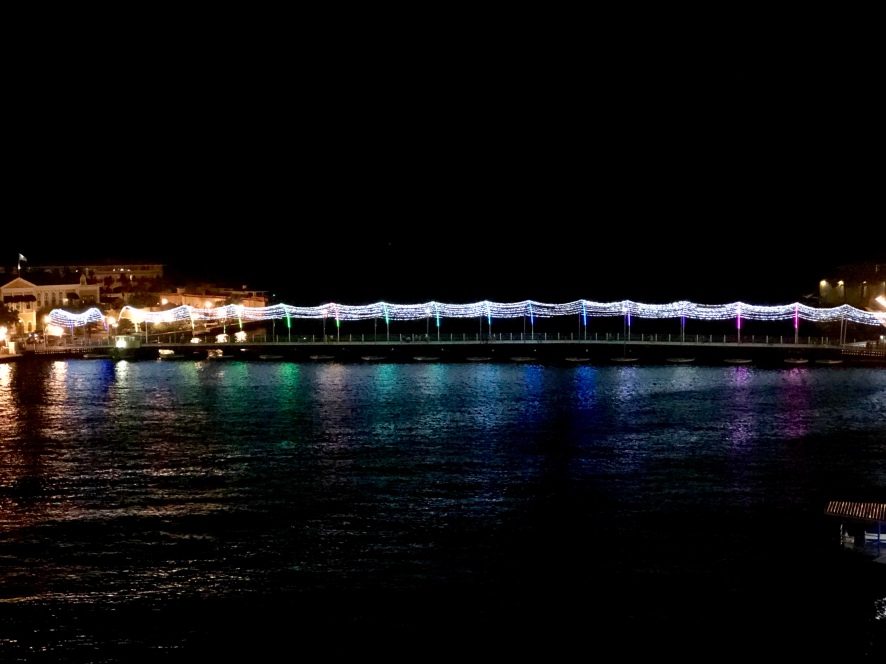