Pappy & Harriet’s Pioneertown Palace is located near Joshua Tree National Park and is the only bar / restaurant and music venue in Pioneertown, California.  We had dinner reservations at 7:00 on the Sunday before Memorial Day… and good thing we did! Without a reservations, the wait time was over 2 hours. 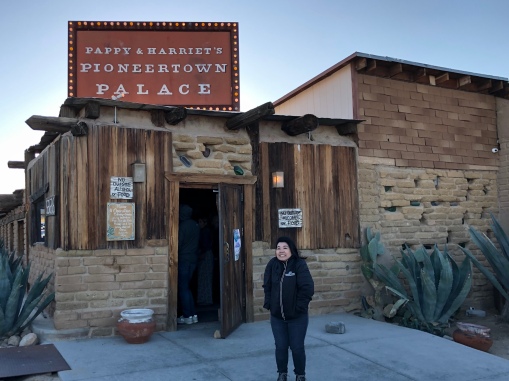 The place is tiny but full of history (see history facts below).  We waited by the bar, and was seated a little after 7:00; The place was packed… standing room only at the stage.  Since we had a reservation after 7:00, we were told there was no time limit on our table. (Prior to 7:00 there was a 2 hour time limit). 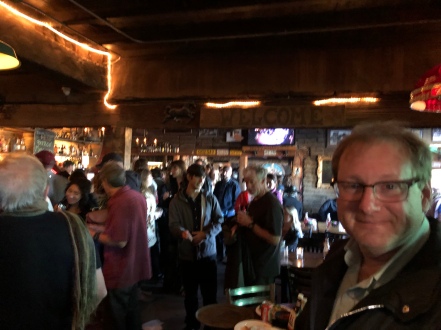 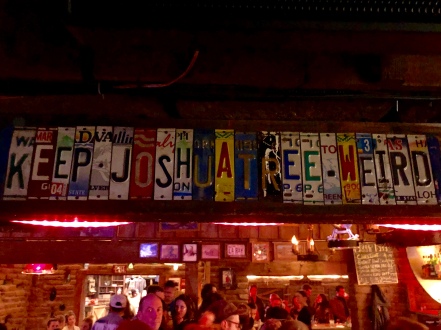 Our table was facing the stage, but since it was such a tiny place, people were constantly standing in front of our table, dancing or nodding to the music, played by musician Sara Pettite. If you check in on Yelp, you get a free draft beer.  However, there’s barely a cell signal and the free wifi was slow and spotty.  I was lucky to get a signal to check in, saving us $7.00. 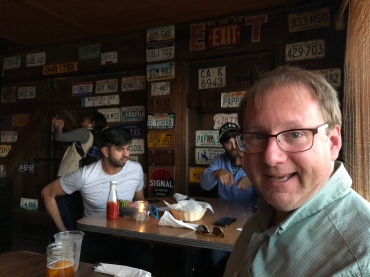 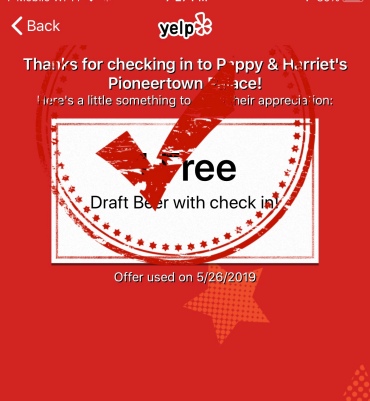 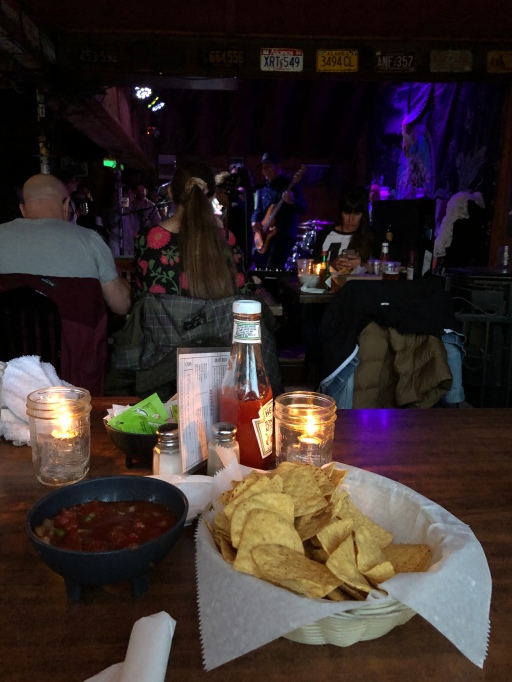 They were known for their barbecue, so I ordered the Skirt Steak with macaroni and cheese, and asparagus, while Stephen had the 1/2 rack of ribs, red rice and broccoli.  Food was cooked to order, and it was low and slow… we didn’t get our food until close to 9:00 (I believe we ordered around 7:30), so don’t eat here if you’re in a hurry. 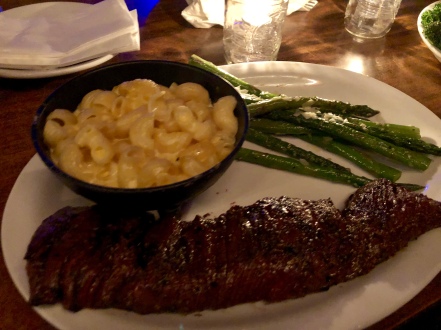 We didn’t leave until close to 10:00, enjoying the music.

So a bit of Pappy & Harriet history:

In 1946, Hollywood filmmakers and investors (including Roy Rogers and Gene Autry) built Western style movie set, and a cantina set that was used in numerous Westerns during the 1950s.

In 1972, John Aleba and his wife Francis purchased the building and John further developed the property into a real cantina.

In 1982, the Aleba’s daughter Harriet and her husband, Claude “Pappy” Allen, bought The Cantina and renamed it Pappy & Harriet’s Pioneertown Palace.

Who knew this little bar had so much history?