Insulated bottles: Super Sparrow vs Hydro Flask… how do they compare?

Anaheim 6, Los Angeles 2 The Mighty Ducks beat our cross town foes, the LA Kings on Monday, January 9th at the Arrowhead Pond. This comes after the trading of Petr Sykora to the NY Rangers. The Ducks are just 3 games out of the coveted 8th place, […]

On Wednesday, November 30th, the Ducks beat the Phoenix Coyotes with a score of 6-1. This win lifts Ilya Bryzgalov as the second-best goals-against average in the NHL. Rookie Dustin Penner scored his first (and second) goals in the NHL, and the crowd really wanted him to score […]

The Ducks opened the season on the road on October 5th, but the home opener was October 10th against the Edmonton Oiler. We didn’t win, but it was good to watch hockey at home again. The Ducks started off very slow…strugging with the power plays and the penalty […]

The schedule for the NHL has been released! http://www.nhl.com/schedules/index.html 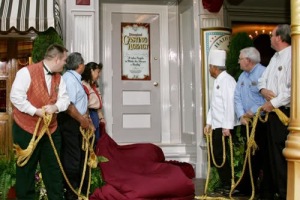 At the Disneyland’s 50th birthday, Cast members got to see a new window being unveiled. My friend Rebecca got selected to help unveil because her hire date was July 17, 1989… the birth date of Disneyland. Here she is on the left…representing the Cast Members of the 1980s

Greetings from the OC