Sept 2014: Cruising from Vancouver to LA

On September 21, Stephen and I flew up to Vancouver to take a Princess Cruise… not to Alaska, but back to Los Angeles.  It was a 3 day repositioning cruise, and no stops  It was 3 days cruising the western coast of the United States, where you […]

Japadog started off as a food cart in the streets of Vancouver.  Following the 2010 Olympics, their popularity exploded, and not only did they have multiple street carts in Vancouver, they were able to open a brick-and-mortar restaurant in downtown Vancouver, off Robson Street. The last time I […]

Getting poutine at Vancouver Costco

Located in the heart of downtown Vancouver, literally next to the Rogers Arena is a Costco.  We had time to kill before the Ducks vs Canucks game, so we went to check it out.  It was set up like any Costco, with the clothes and electronics at the […]

Whenever the Ducks are on the road during my birthday, I try to catch that game.  This year, the Ducks were playing in Vancouver, BC against the Canucks.  We were able to get tickets in the lower bowl in section 117, and our hotel, the Georgian Court, was […] 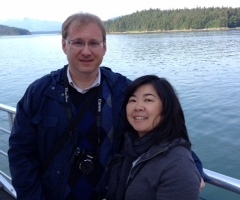 Stephen’s mother has never been to Alaska, and it has been a while since I was there.  I think the last time I went on an Alaskan cruise was when I was a little girl.  So, on a whim, we decided to book a cruise, and took […]

If you are in the Seattle or Vancouver area, try to make it to the Victoria Island.  It is closer to visit from Seattle, and you can take a morning ferry, which drops you off around 10:00 am.  The last one going back is around 6:00 pm, but […]

The 2010 Winter Olympics was held in Vancouver, BC. During the broadcast, NBC did a segment on the popular food cart, Japadog, which is a hot dog stand mixed with Japanese toppings.  This cart has multiple locations, and there’s always a long line wrapped around the corner.  Of […] 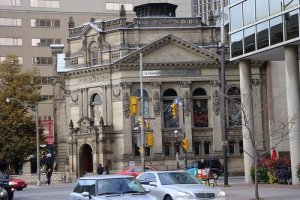 On October 2008, I got together a group Ducks fans to follow the team to Eastern Canada, specifically: Toronto, Ottawa and Montreal.  I made the flight arrangements on WestJet to start us off in downtown Toronto, staying just a few blocks from the Hockey Hall of Fame. Our […] 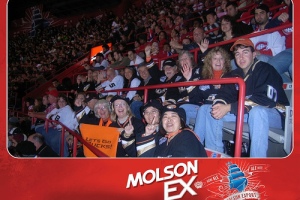