Ethic, But Not Asian

Last day in Portland and we were going to travel along the coast, before heading back toward Washington. We stopped here to pick up sandwiches, so we could eat them on the road.

Located off Powell and 12th, behind an Arco gas station, this little piece of Germany was featured in Guy Fieri’s Triple D show. It reminded me of my local German deli, Matterns in Orange. When you walk in, you take a number.

Along the perimeter of the restaurant are is the meat counter, with sausages, meats and pastry items. They fly in their dough from Germany, and that impressed me the most! 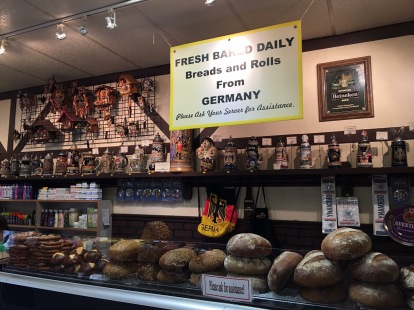 At the far side of the store is the made to order sandwiches and cooked sausage counter. Since there was no one in line, the deli girl helped us custom make some sandwiches using the German bread (from the bakery) and meats from the deli. 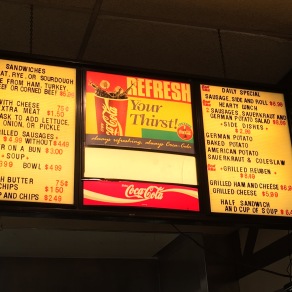 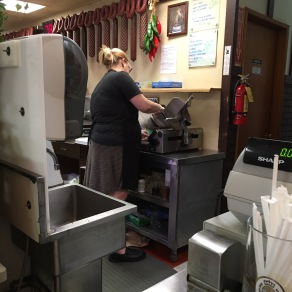 I had 2 German bologna sandwiches made with the German rolls, served Euro style with just butter. Stephen had a different version of the bologna and a salami sandwich,
while mom had a Black Forest Ham sandwich with the fixings: mayo, lettuce, tomato and cheese. The total came to $27 and change. 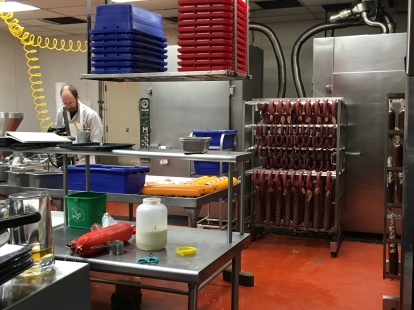 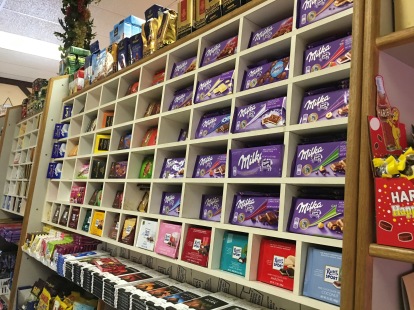 While waiting, I spied the staff making the sausages in the back.  They also have all sorts of German candies, snacks, condiments, and beers. It’s bigger than I thought, but still not bigger than Alpine Village in Torrance. Thumbs up, and I can see why this place is popular and busy.