The past 2 days in Cairo was such a blur. We did so many things in such a short amount of time.  Now, we kick off the second part of the trip with the Nile Cruise, starting off with 2 days in Luxor. 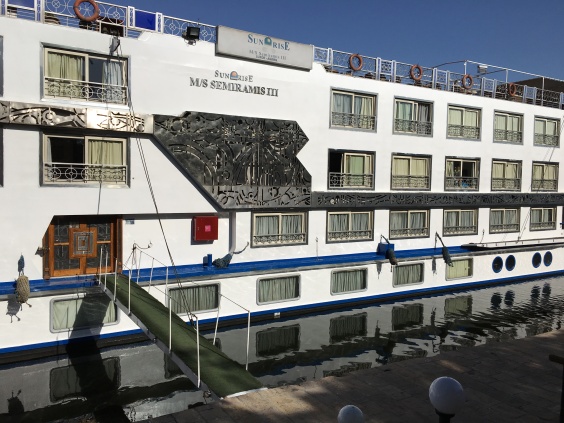 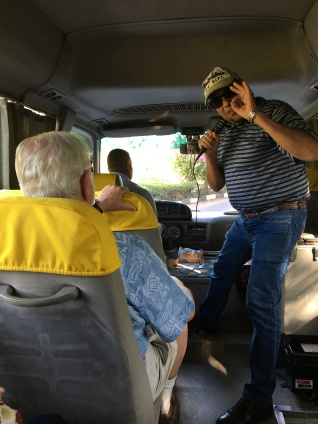 Luxor used to be the capital of upper Egypt during the New Kingdom. We had an early departure of 8:00 am, and met with our new guide Saber, who will be accompanying us for the remainder of the cruise.

Our first destination is the Karnak Temple, located 2 miles north of Luxor.  The first stop was the visitor’s center, where there is a model of what the temple may have looked like in the past. 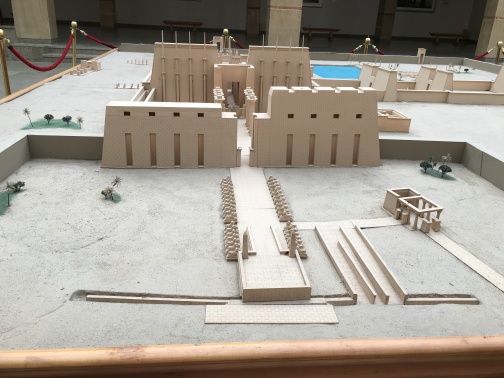 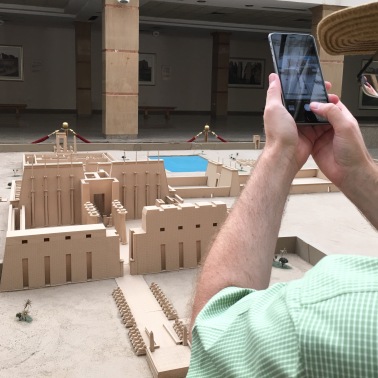 We left the visitor’s center and headed to the temple’s entrance, with the Criosphinx guarding the temple and through the Great Hypostyle Hall.

The Criosphinx in Egyptian mythology is a ram-headed sphinx (the classic Sphinx, such as the one at Giza, are human-headed)  associated with the Egyptian god Amun. They are most famously depicted in a row of sphinx statues guarding the route between Luxor Temple and Karnak. The Crio- in Criosphinx comes from Greek — Krios means Ram. 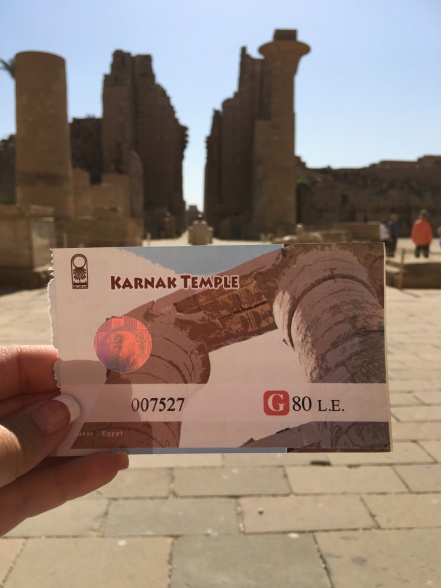 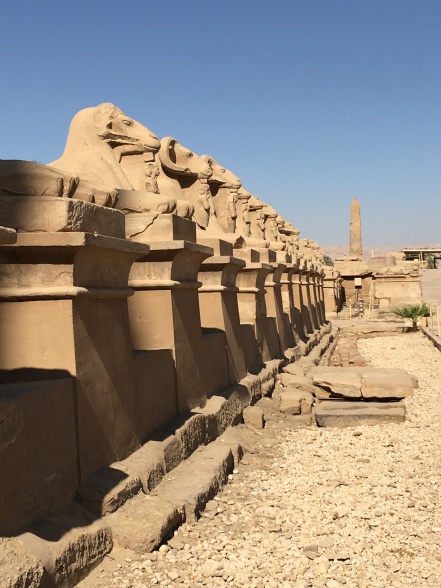 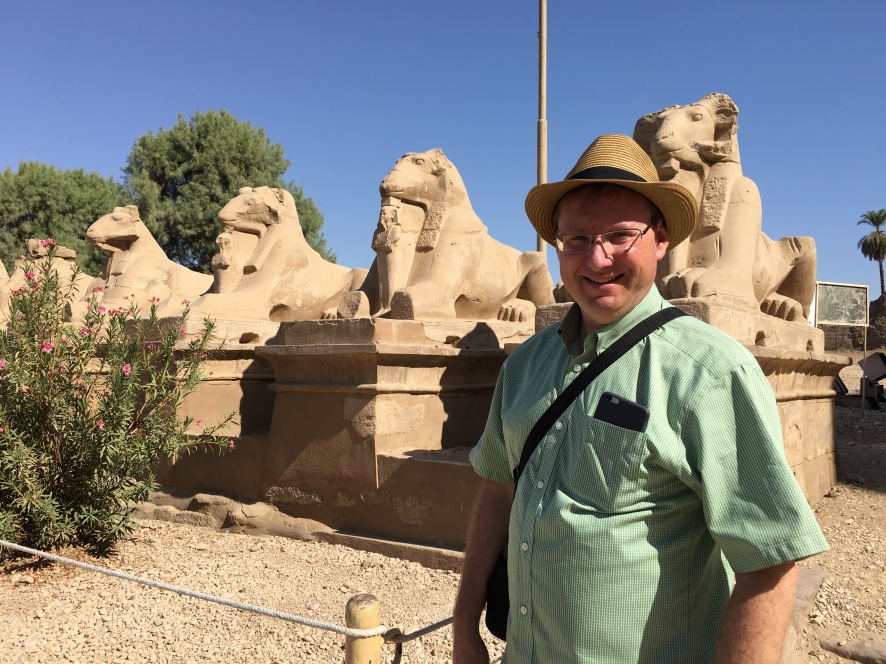 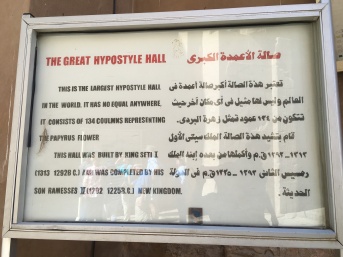 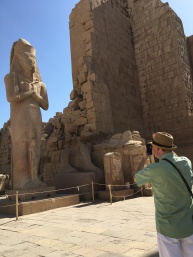 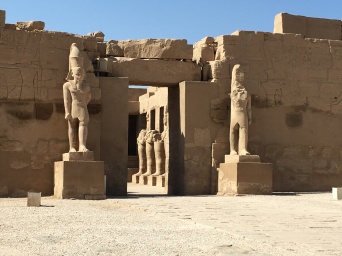 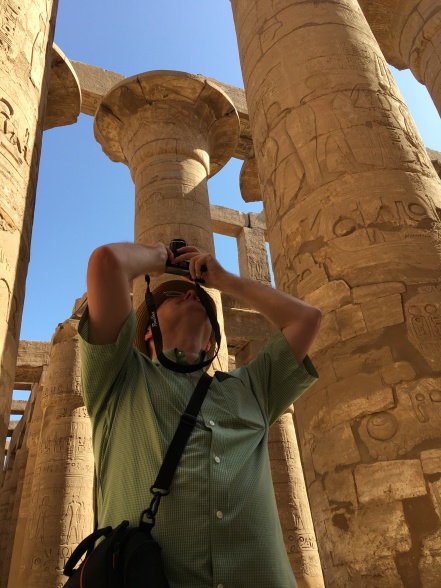 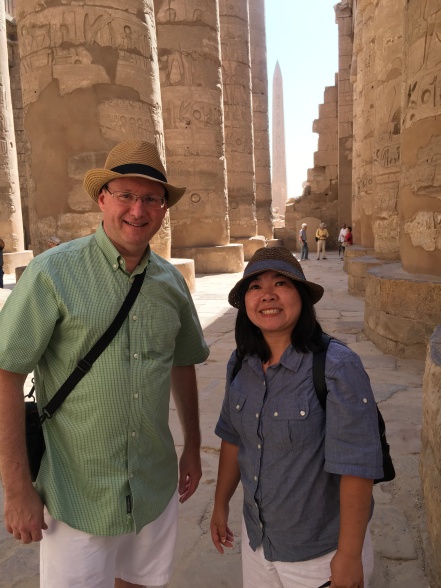 Then, we make our way into the Temple. The complex is huge, so Saber walked us though only part of the area, and then allowed us to roam the area on our own to meet back at a designated time. 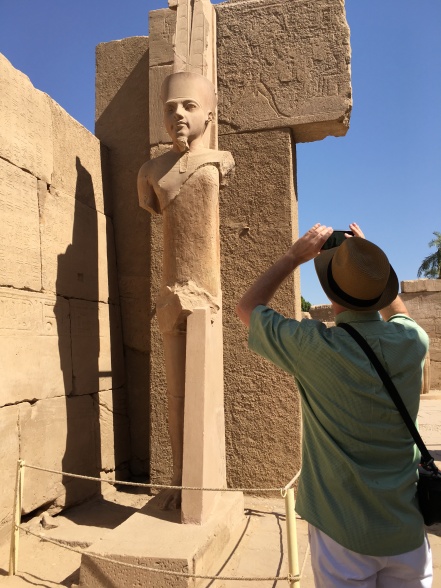 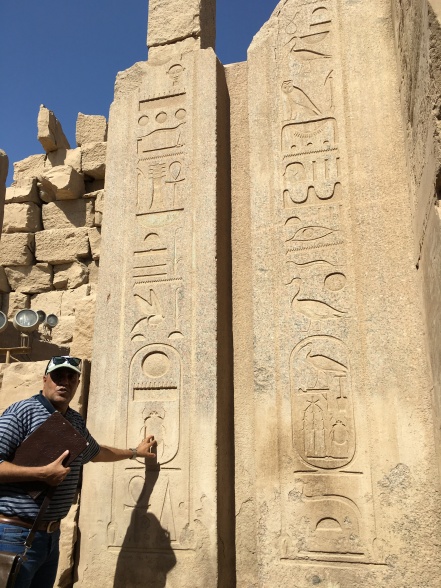 While roaming on our own, we came across the Scarab of Amenhotep III.  Legends has it that if you walk counter clockwise 7 times, you’ll have good luck. We also came across the Sacred Lake, where the priests used for ritual washing. 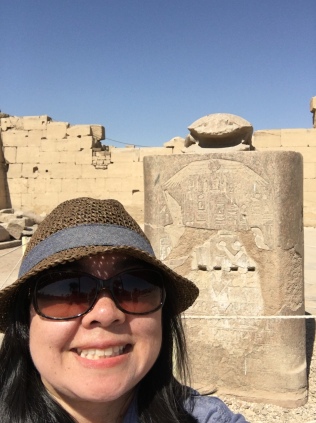 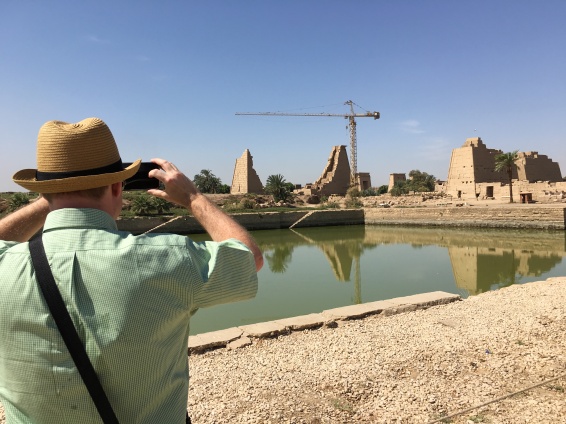 It was good that we had an early start.  By this time, it was about 10 am, and it was hot.  A hat and sunglasses was a necessity, as well as water.  I can’t imagine how hot it would have been later in the afternoon, but a group of Russians were coming in as we were leaving, and they looked overheated.

We left Karnak and made our way to the Luxor Temple, literally located in the middle of the city. 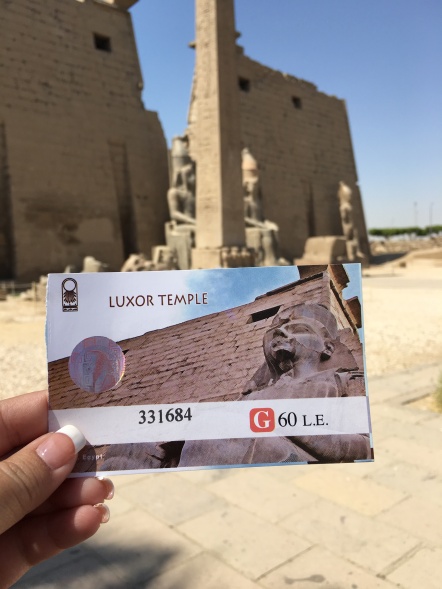 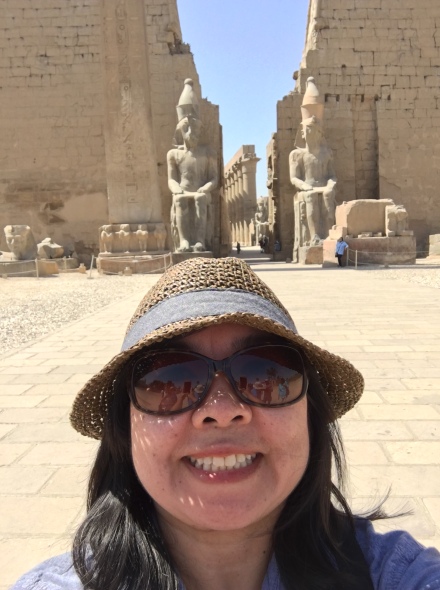 Luxor Temple was constructed approximately 1400 BCE, dedicated to the king of the Egyptian gods Amon-Ra. Just like at Karnak, Saber took us to certain area of the Luxor Temple, then allowed us to roam freely. 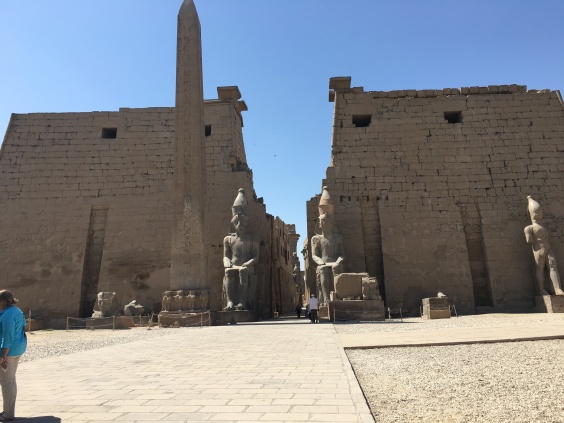 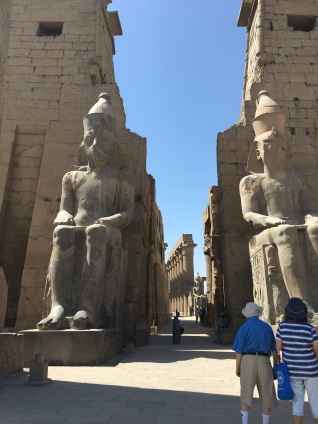 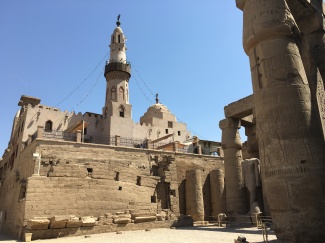 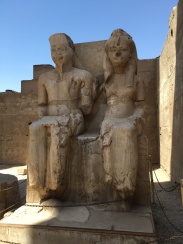 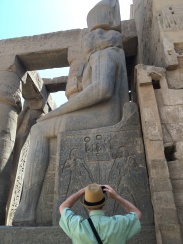 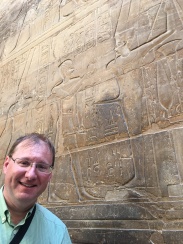 God of Fertility. Dark spots is where his penis is