Traveling from Dundee, Steven and Yvonne headed toward the Scottish Highlands toward Loch Ness. Yes, were Nessie, the Loch Ness Monster supposedly resides. The drive took about 3 hours to get there. Thankfully, Steve and Yvonne knew their way around because I was completely lost on where we were. There’s nothing but greenery and sheep in the countryside. 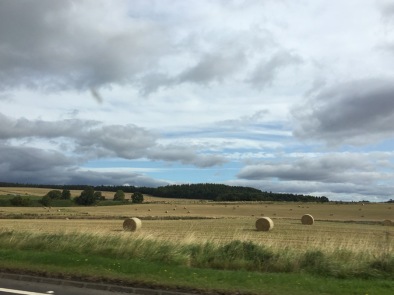 As soon as we entered the Highlands, Steve pulled over to a hidden little café called the Tollhouse Café and bar (of course that meant whiskey!).  Steve, Stephen and I had the soup of the day: a potato leek soup with a slice of artesian bread, while Yvonne had a ham and cheese toastie (I think that’s like a toasted sandwich). 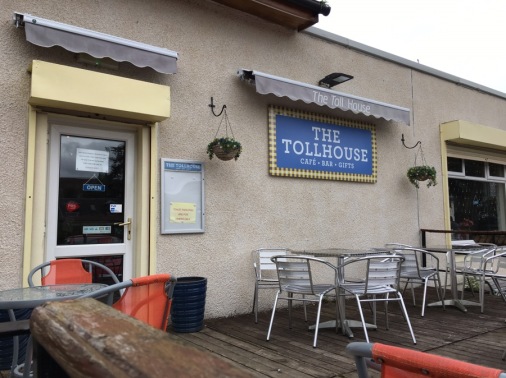 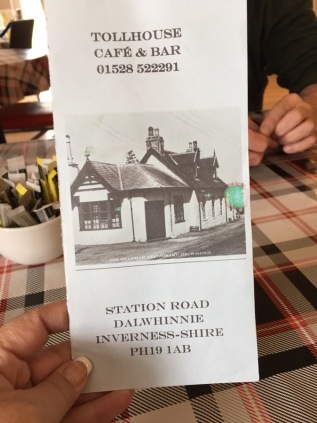 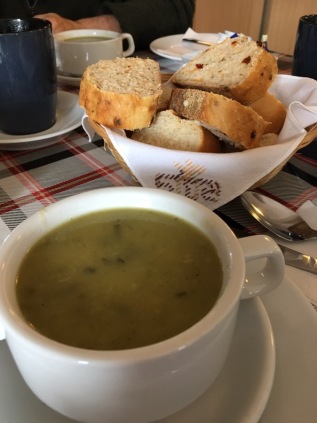 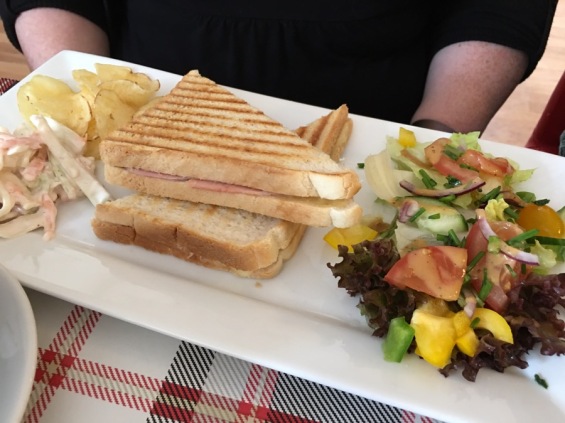 Bellies full, and a visit to the loo, we were back on the road to find Nessie!

The drive to Loch Ness took about an hour and a half.  It was lightly raining, so we passed the Visitor’s Center and went for the Castle. 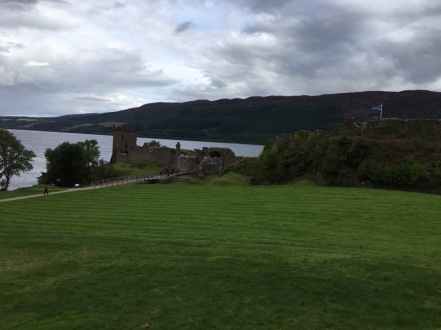 The Castle overlooked Loch Ness, and you can even walk down to the water.  It was a nice visit, and glad that the Castle was somewhat preserved.  Unfortunately, we didn’t find Nessie… and, the gift shop at the Castle refuses to sell any Nessie merchandise. 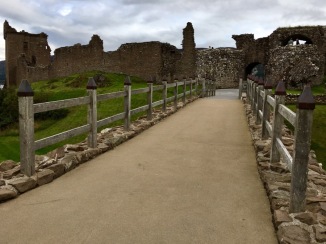 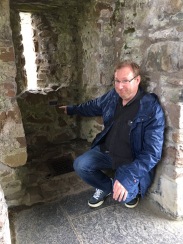 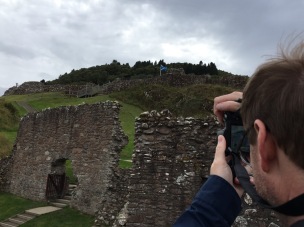 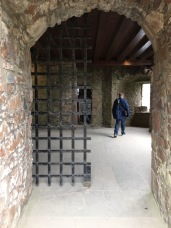