Life is too short to be standing still! Follow me as I visit as many places as I can... food, shopping, destinations!! If that destination includes an Anaheim Ducks hockey game? Well, heck, that's even better.

Find me on most social media platforms under #CallMeMochelle

Following our lunch at Be Our Guest, we went to check out Tomorrowland. Stephen has never been on Carousel of Progress, so we went back in time with this classic, nostalgic show, followed by another classic attraction, Tomorrowland Transit Authority Peoplemover, (or as Disney fans call it: the […] 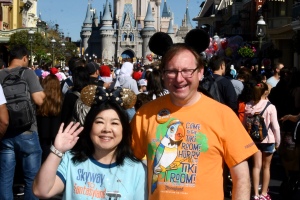 It’s day 3, and we’re going to the Magic Kingdom. Unlike our easy day at Hollywood Studios, the Magic Kingdom was going to be longer and a lot more walking. We still didn’t get up early, and arrived at the park around 10:00 am. Our first FastPass was […] 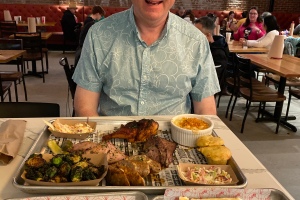 We left Hollywood Studios early and it was also Super Bowl Sunday. I was hoping Disney Springs wouldn’t be crowded, and that people were watching the game at their hotel or at one of the sports bars. We left our hotel about 8:00 and took the water shuttle […]

Follow our lunch, we went on the Star Tours attraction, saw the Indiana Jones stunt show and walked around until our FastPass for the Alien Swirling Saucers was ready. Stephen doesn’t like going on rides that have drops or is too fast, so our choices at Hollywood Studios […]

Following our visit to Batuu (ie Galaxy’s Edge), we made our way to have lunch at the 50’s Prime Time Café, one of my favorite restaurants at WDW. The theme is a 1950s style kitchen and you’re waited on by your “cousin” while Mom cooks up popular dishes […] 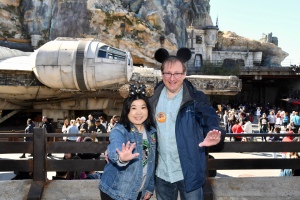 It’s our first full day at WDW, and we’re going to Hollywood Studios (formerly MGM Studios). Since we are still on West Coast time, we didn’t get up until 9:00 (which for us is 6:00 am), and we missed out on getting boarding passes for the Rise of […] 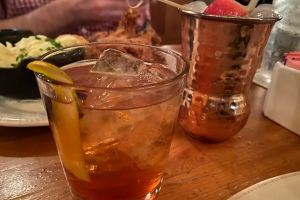 For our first night, I knew I had to make a late dinner reservation, so I chose Chef Art Smith’s Homecomin’ restaurant located at the Disney Springs, which is WDW’s Downtown Disney area. From our resort, we could take water shuttles to Disney Springs. They ran every 15-20 […]

For my 50th birthday, I wanted to celebrate it at Walt Disney World. My birthday is actually in March, but it’s also Spring Break in Florida… meaning it’s even more crowded than normal. I found a break in the Ducks hockey schedule in February, and the crowds were […] 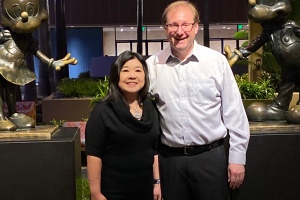 Happy 7th anniversary to my Stephen! The place we originally met 7 years ago went out of business, so we decided to celebrate our anniversary at the Steakhouse 55, located at the Disneyland Hotel. The food and service was excellent. We had a cozy table in the back […]

Belated holiday greetings…. 2019 didn’t end quite as happy as I wanted. It’s never easy to lose a pet…and I’ve had 2 dogs, and 3 cats before Lulu passed away. I think it was harder because she passed away in my home, instead of at the vet. I […] 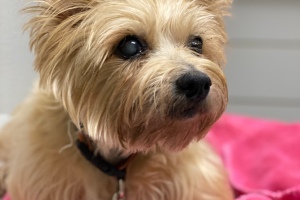 In November of 2005, my ex-husband and I were walking with friends at a mall, and decided to pop into a pet store.  I joked to the pet store owner if he would accept a low ball amount for the dog (since she was pretty old for a […]

I had friends visiting from out of town, so I got to play tourist in my own backyard. Born and raised in Southern California, I’ve always wanted to see what these cheesy Hollywood bus tours were all about. Thanks to a deal on Groupon, I was about to […]

I have been going to Disneyland for almost 5 decades, and even worked there while going to college.  In all those years, I have never dined at the Cafe Orleans, until now.  I wanted to try somewhere new for lunch, and on a whim made reservations.  The menu […] 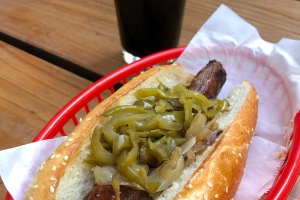 Most visitors who go to Napa rarely travel to the Sonoma side.  One of the days, we ventured toward Sonoma, and made our way to Healdsburg.  The town is quaint, and picturesque, and also where we had lunch at the Wurst Restaurant. The restaurant is known for their […] 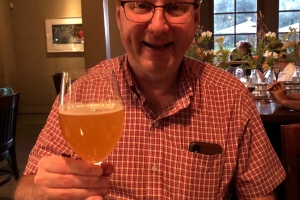 About 20 years ago, Napa was a quiet little town with a handful of restaurants.  There was 1 movie theater in town, and the only show playing was “the Flintstones”.  Now, Napa is the culinary mecca. One of our favorite restaurants is Farmstead, from the Long Meadow Ranch […]

For the past 90 years, Model Bakery has been part of the Napa Valley culinary scene. In 2016, Oprah Winfrey made it part of her Favorite Things list, and it has become a pin on the Napa Valley map. Model has 3 locations, one in downtown Napa by […]